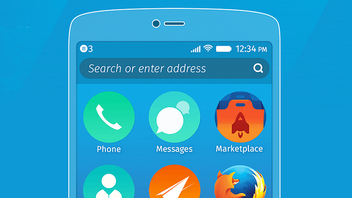 In 2012 the Mozilla Foundation first showed Firefox OS - also known as Boot to Gecko (B2G) - on a smartphone. Contrary to the existing single-vendor solutions, Firefox is a completely open OS, fitting perfectly with the well-known Mozilla community approach.

For connected TVs, too

Firefox OS does not only offer an alternative for smartphone users, but for mobile operators, as well. It has been launched in 30 countries now. And it does not stop at mobile devices. Earlier this year, Mozilla announced the first Firefox OS supporting connected TVs.

The organisers of this year's EBU Developers Conference found it high time to learn more about Mozilla's OS work. They invited Dietrich Ayala to explain the OS' architecture, its main features and how the code can be used to experiment with new devices and applications/services.

As a technical 'evangelist' with Mozilla, and using his experience from previous positions at Yahoo! and McAfeee, Dietrich is well-placed to explain the potential of Mozilla OS for mobile & media. Come to Geneva to learn more.