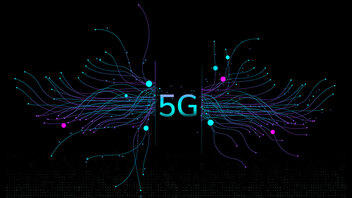 PSM organizations, led by the EBU, have been engaged in 3GPP for more than five years, seeking to ensure that their content production and distribution requirements are taken into account, 5G-MAG's Jordi Gimenez writes. Release 16, completed this year, comes with substantial improvements to the broadcast capability of 5G technology.

IP distribution is increasingly important for public service media (PSM) organizations to reach audiences anywhere, anytime and on any device. This includes 5G, which aims to be more than a general purpose telecommunications technology by incorporating requirements from different sectors, including the media industry.

PSM organizations, led by the EBU, have been engaged in 3GPP for more than five years, seeking to ensure that their content production and distribution requirements are taken into account and effectively become part of the specifications.

3GPP Release 16, completed this year, comes with substantial improvements to the broadcast capability of 5G technology.

The first major accomplishment on the road to 5G broadcast was achieved in 2017 with the publication of 3GPP Release 14. It included several notable new elements, such as the possibility to deliver free-to-air content without the need for users to acquire a SIM card or subscribe to a service; the ability to interoperate with existing playout systems and content delivery formats; and the provision of standardized APIs (application programming interfaces, allowing different applications to communicate with each other) so that content providers can easily integrate their services in existing or new applications.

Another key Release 14 feature is the possibility to configure coordinated transmission from multiple stations using the same frequency, creating so-called single frequency networks (SFNs) that bring advantages related to coverage and reliability, among others.

EBU members will continue engaging in 3GPP-related activities making the case for the support of audiovisual services and PSM requirements within the scope of 3GPP standards.

The completion of 5G standards represents an important milestone that is not necessarily followed by direct adoption and market implementation. The next major challenges include network roll-out and bringing user equipment to the market.