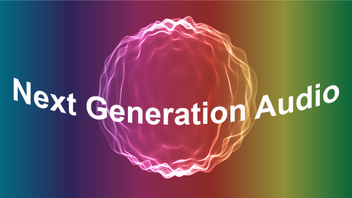 The International Telecommunication Union has the EBU ADM Renderer (EAR) at the heart of its new ITU ADM Renderer specification for Next Generation Audio production. The EAR is an open-source production renderer for NGA content that is convertible to any of the established vendor-specific playout systems.

The EAR is a joint effort of multiple public service media R&D centres organized in the EBU Broadcast Technology Futures group and the b<>com institute. Published as Tech 3388 in March 2018, the EAR specification aims to reduce entry barriers for technology providers and content producers by creating a generic path to NGA that defers the choice of vendor-specific standard to the distribution stage.

Hans Hoffmann, EBU Technology & Innovation Head of Media Fundamentals, congratulated the ITU-R on having cleared the path for a faster roll-out of Next Generation Audio services. Hoffmann highlighted the achievements of the EBU Members responsible for the creation of an open NGA specification.

"Congratulations to the R&D centres of NHK, BBC, IRT, RAI, France Télévisions and others, who came together under the umbrella of the EBU Broadcast Technology Futures Group to define and create the required technology", Hoffmann said.

Next Generation Audio can deliver fully immersive (360 degree) experiences for cinemas, home theatres and headphones, with multilingual content and access services, all wrapped up in a single package that is adaptable to any playout scenario. The technology is a departure from channel-based surround sound systems in that it uses metadata to define the positioning of audio components in time and the soundscape. Better compression codecs and the intelligent use of audio material also allow the new technology to deliver a particular service with less bandwidth than older systems. The EBU recommends the use of ADM (Audio Definition Model) metadata for Next Generation Audio, and the EBU ADM Renderer is able to natively interpret ADM metadata as specified in ITU-R BS.2076.

Technology providers such as Dolby, Fraunhofer IIS and Xperi have made significant advances in rolling out NGA to the consumer mass market by implementing their respective AC4, MPEG-H and DTS codecs in CE devices such as television sets and innovative immersive audio soundbars.

With the global and open specification for NGA technology now agreed at the ITU level, BBC's Andy Quested, Chair of the EBU Strategic Programme on Production as well as the ITU WP 6C group, expects an acceleration in the availability and uptake of NGA production and distribution systems.

"In the next 2 to 4 years we might see a big explosion in Next Generation Audio", said Quested.

Using a scale from 1 to 3, with 3 being "ready", Quested puts the consumer side somewhat closer to 3 than other elements; the distribution component at between 1 and 2, with some infrastructure modifications to be made as part of regular upgrade cycles; and the production side at close to 2. Content producers, Quested said, would naturally be faced with a learning curve in mastering the new technology and its creative possibilities, perhaps similar to the learning curve of UHD production.