How to test & classify cameras and links to camera test reports 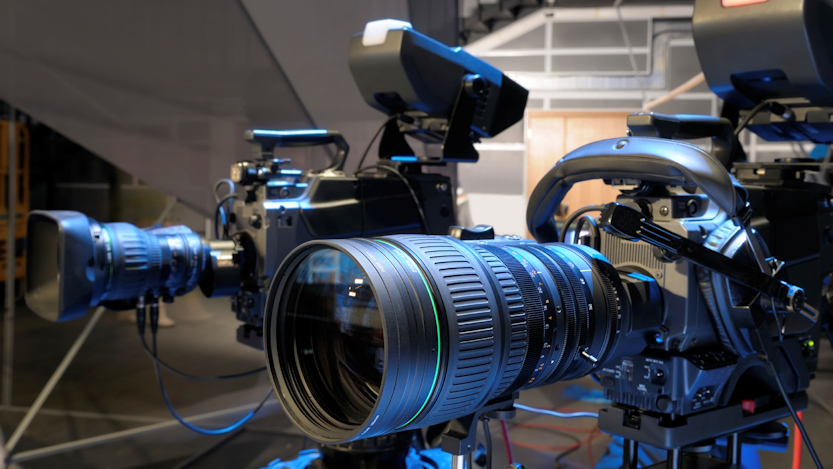 To help maintain acceptable levels of quality in European (U)HDTV programme making, the EBU has specified a series of measurements that will reveal a camera's ability to produce high quality television pictures.

The measurements and advice on how they may best be performed are published in EBU Tech 3335. This document augments previous EBU publications concerning camera quality measurements.

Knowing the performance of your (U)HD cameras is one thing, but understanding how this performance relates to a camera's suitability for a given programme genre is quite another. This is where tiering comes in.

We host an extenstive collection of Camera Tests that have been performed by the BBC and Alan Roberts:

- The most recent Camera Test Reports (the tests were performed by Alan Roberts, using EBU Tech 3335)

Maintenance of the specs referred above and other work related to Camera systems, UHD, monitors, etc. is performed in the EBU Strategic Programme on Video Systems. You are welcome to join the EBU Video Systems group with questions, proposals and other input here.

EBU Recommendation EBU R 118 uses the published technical specifications and measured performances (according to EBU Tech 3335) of cameras to categorize them into a set of levels, or tiers.

Once a camera has been allocated to a tier, its suitability for a production may quickly be determined, which will simplify production budgeting and facilities procurement.

Technically, the criteria used to identify which tier a camera falls into concern its: 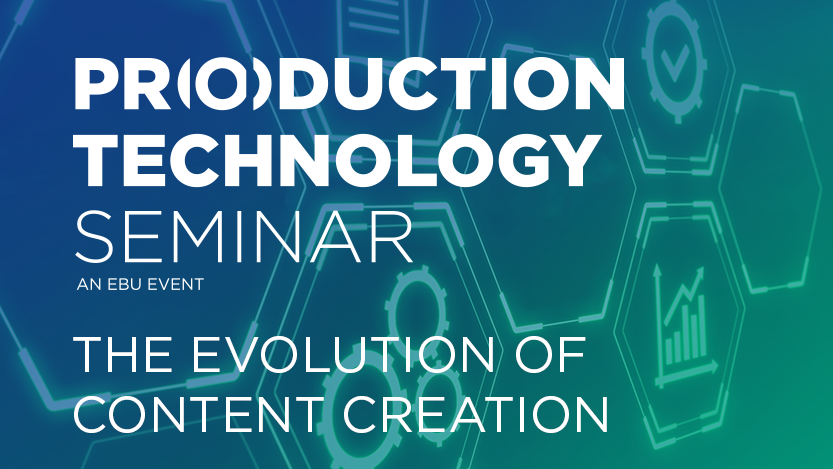 The annual event focusing on recent and future developments in media production technology. 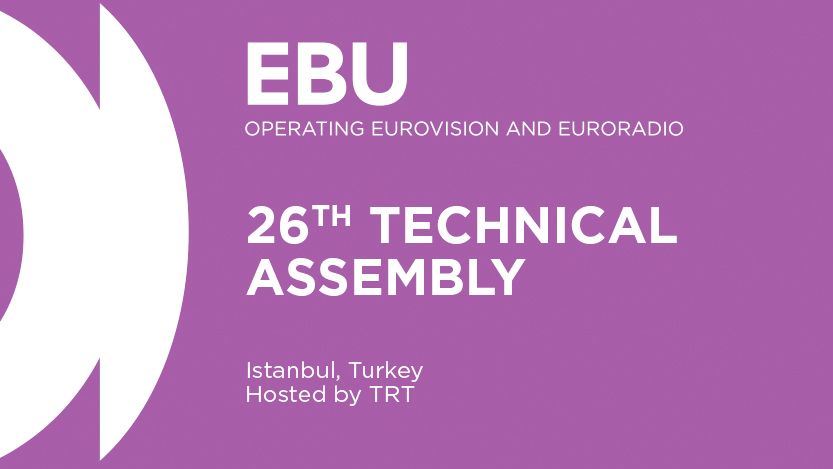 The TA takes stock of current and future technology trends that impact the media industry and the work done in EBU Strategic Programmes and project groups on behalf of the EBU Membership. The TA 2020 also elects a new Technical Committee. 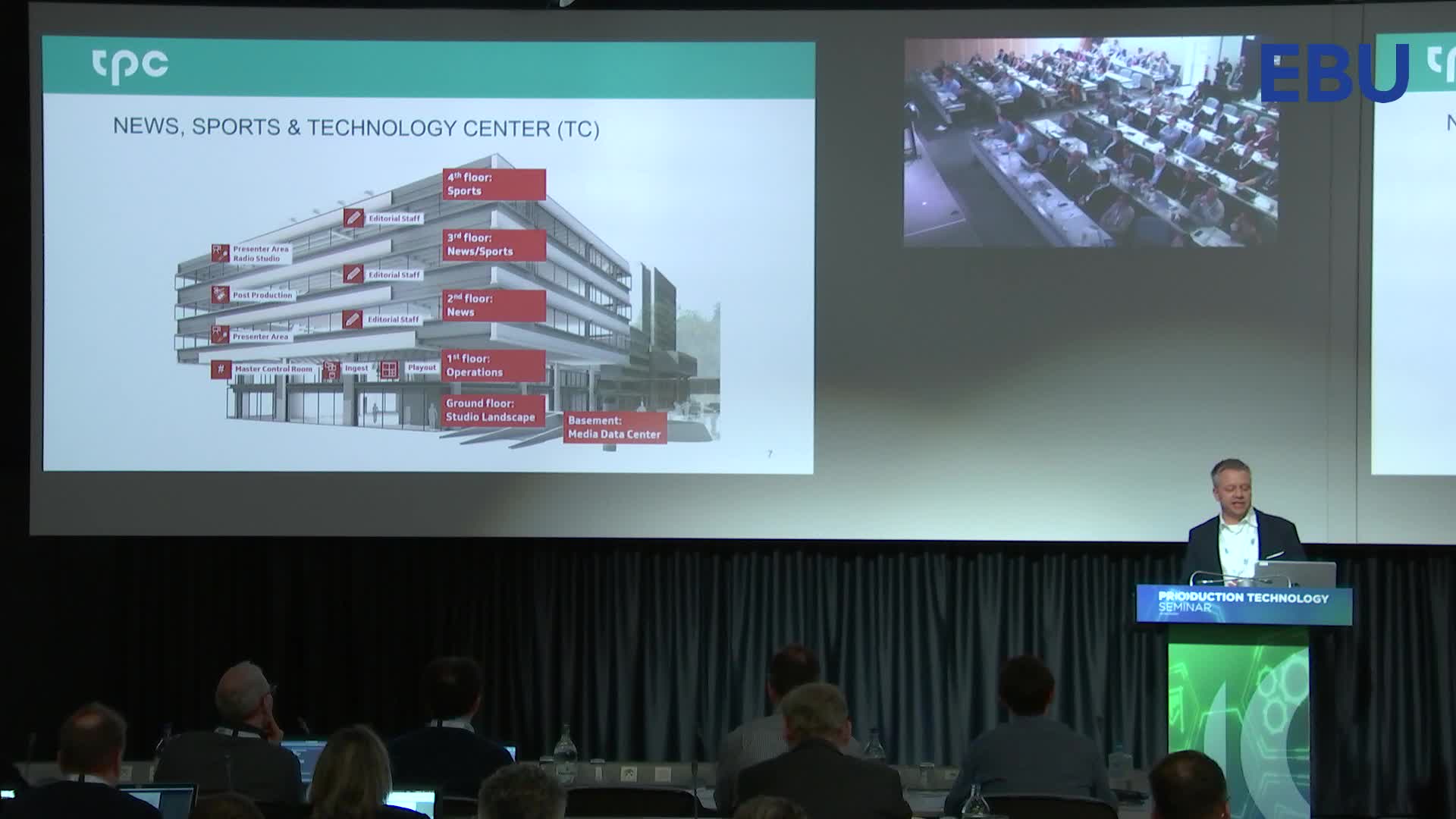 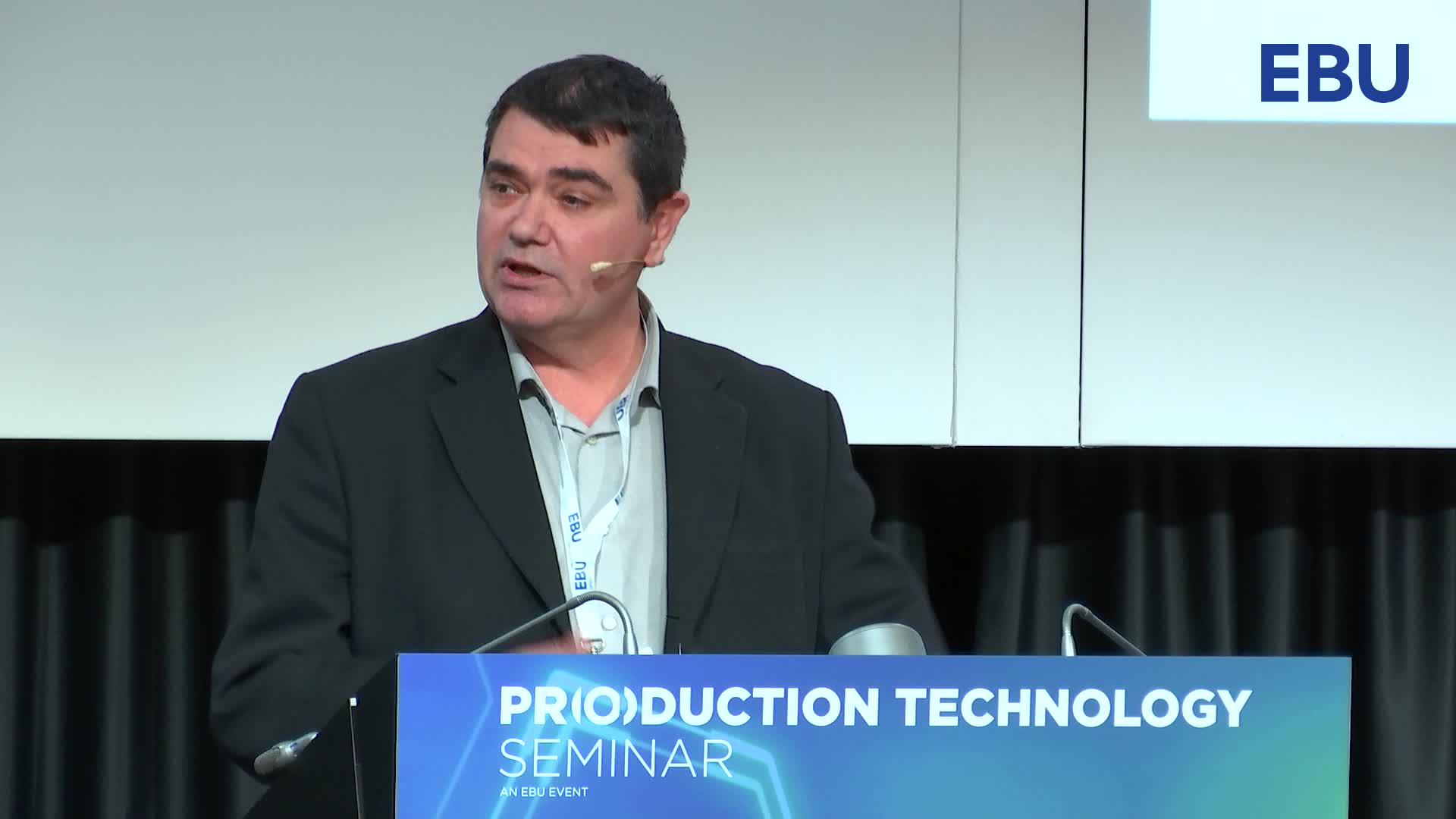 Transforming media for the next generation 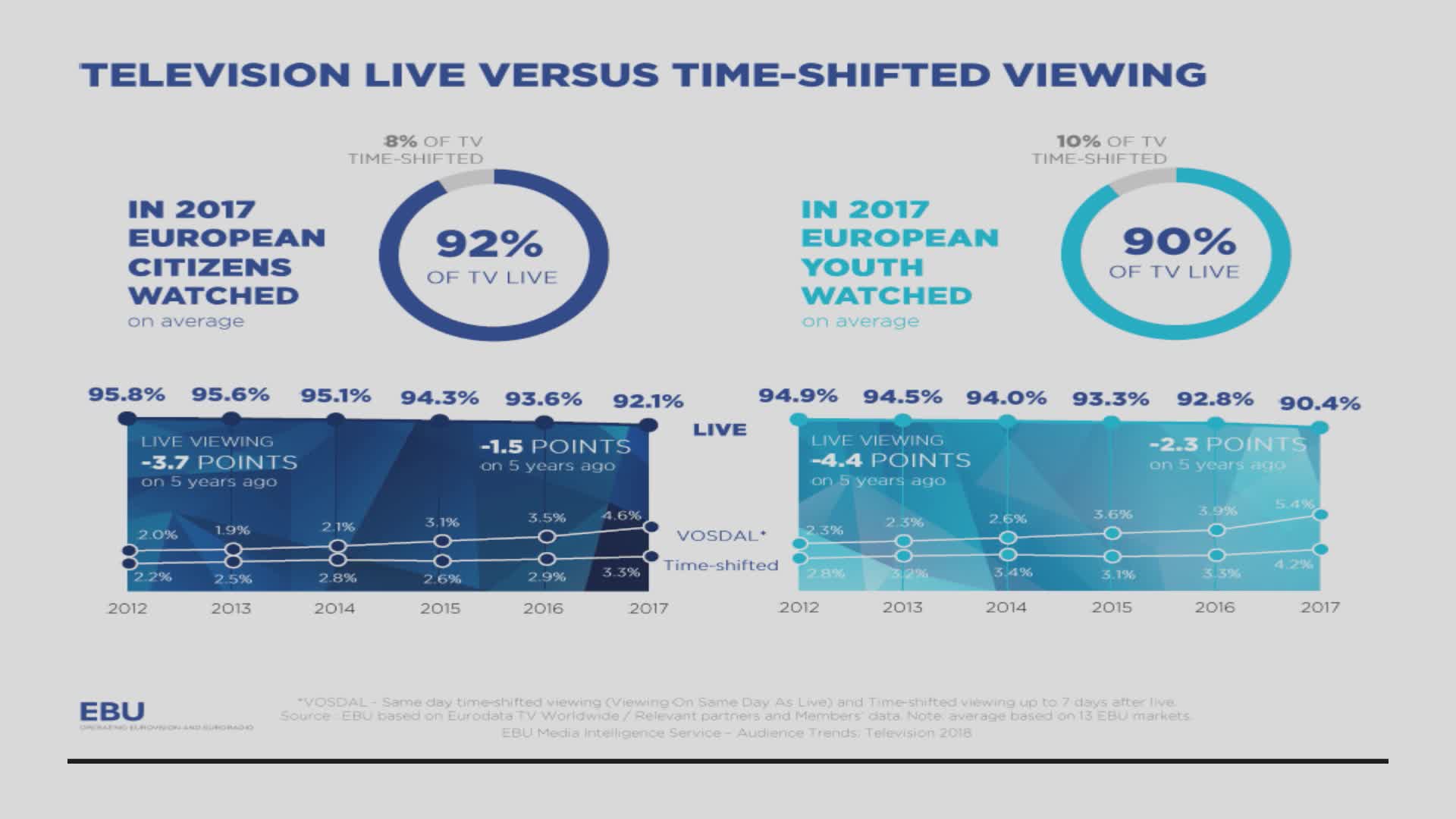 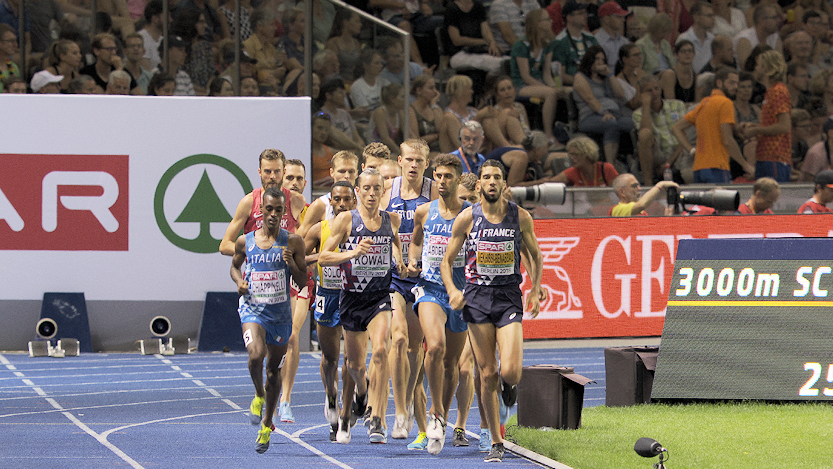 2160p/100 HLG test material shot 'as live' during the European Championships 2018 in the Olympic Stadium in Berlin (Germany).

This recommends that HD cameras be graded or tiered according to their technical specifications and measured quality (see EBU Tech 3335). More info. This is version 2 of the recommendation, dated April 2017.

Measurement procedures for assessing the quality of video cameras used in TV production and that help in e.g. camera tiering.

The use of high efficiency light sources such as LEDs both in TV and film production may introduce colorimetric problems.

Assessment of a Sony BRC-H900 performed by Alan Roberts in line with EBU R 118. This report is a supplement to EBU Tech 3335.

This specification, agreed by EBU Members and manufacturers, is for use in a tapeless file-based or live production environment.

Issue 13 of tech-i includes a report on June's Technical Assembly in Zagreb, a report from the shooting of new reference test sequences in Turin, a profile of RTE in Ireland, and more...

Assessment of a Nikon D4 DSLR performed by Alan Roberts in line with EBU R 118. This report is a supplement to EBU Tech 3335.

Assessment of a Nikon D800 DSLR performed by Alan Roberts in line with EBU R 118. This report is a supplement to EBU Tech 3335. 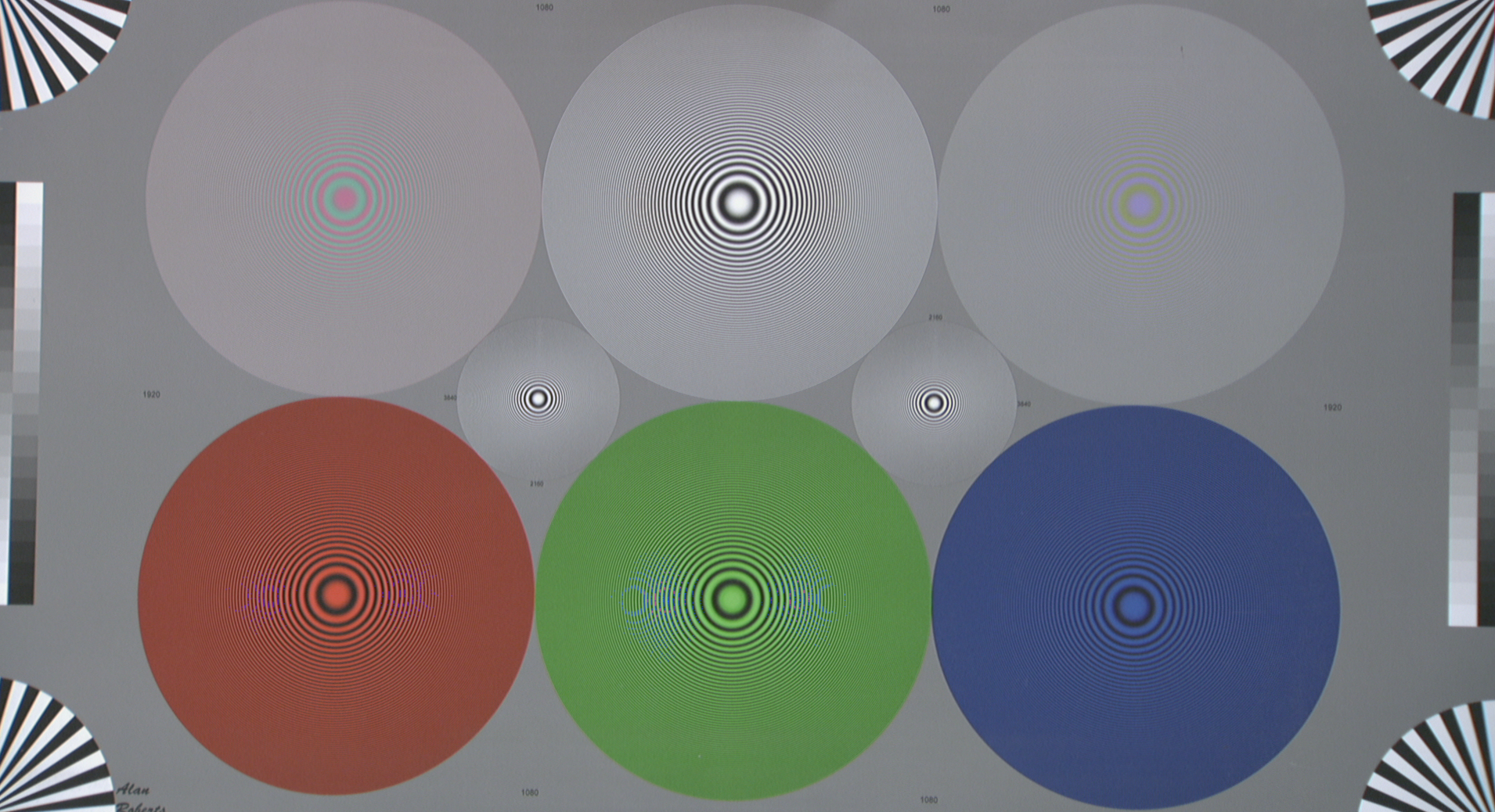 A suite of programs, written for colorimetric analysis of single frames extracted from digitally captured video sequences. The programs are all written in BBC BASIC for Windows, and the routines have been kept as simple as possible. 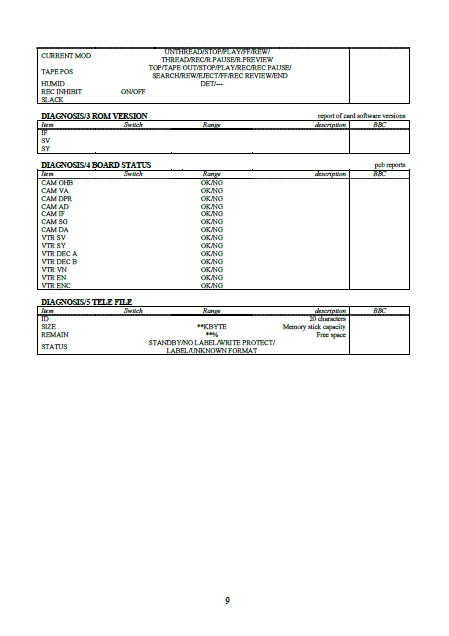 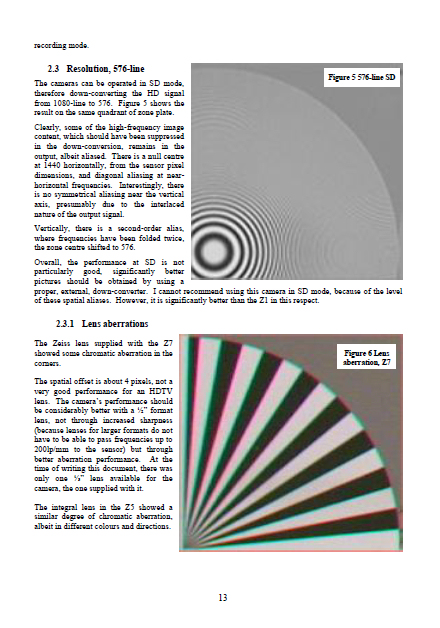 The purpose of this document is to provide manufacturers and system designers with a definitive view of the Metadata requirements for non-tape-based camcorders being used in a production environment.

Recommendation setting out the user requirements for non-tape based recorders for broadcast production of standard definition television.

Recommendation to use the methods described in EBU Tech 3249.

This document sets out parameters ensuring the interchangeability of lenses between CCD cameras using different prism designs for their beam-splitters. Both SD and HD is addressed. This document references EBU Tech 3249.

The General eXchange Format was originally conceived by Grass Valley Group for the interchange of simple camera shots over data networks, and for archival storage on data tape. Over the years it has evolved to include additional compression types, and more.

Recommendation that when shooting film for television, ground glasses should be used in film cameras that show the camera aperture and the maximum safe scanned area for the film format (outlined in an Appendix).

Recommendation specifying the hybrid optical/electrical connectors to be used between certain camera heads (requiring fibre optical interconnects) and their CCUs.

This supplement deals specifically with 16:9 CCD cameras that are switchable to 4:3 format; it gives appropriate adaptations of the specifications and parameters provided in the main document.

This is a guide to the essential set of objective assessments of the optical and mechanical performance of a TV  camera lens that must be taken into consideration. Typical parameter values are provided.

In Barcelona, for the 1992 Summer Games, European broadcasters and industry pooled their resources under the "Barcelona 1250" banner.

This EBU specification details the measurement procedures for measuring the colorimetric fidelity of television cameras.

Methods of objectively assessing the colorimetric performance of TV cameras are given.

This document details methods for measuring the characteristics of 625-line colour television cameras.

EBU Tech 3095 - Systems for the synchronisation between cameras and recorders

A review of the systems available to synchronise an audio tape recorder with one or several film cameras.