During an intense five-hour brainstorming session last week, participants in the EBU Live Subtitling Workshop gathered requirements for improvements to the technology currently used. Key areas to address that emerged in the workshop include: the way live subtitles may be carried in- and out-of-bound (i.e. with and without the video); how live subtitles can best be archived once they've been created in the live context, after the removal of unnecessary repetition/mistakes; and how to support the routing of subtitling authoring stations to multiple broadcast play-out devices, such as inserters.

Besides discussions during the meeting, the participants also looked at live subtitling in a real-world context, during a visit to the live subtitling operation of Swiss EBU Member RTS. The broadcaster uses respeaking technology to subtitle programmes in a very efficient way. Unfortunately this type of technology is not available for all languages. EBU Members in ‘minority’ language areas have often reported problems finding mature speech recognition modules, an issue that was touched upon during last week’s workshop too.

The next event the EBU Group on Subtitles in XML is organising will be a series of  vendor visits during IBC 2012. 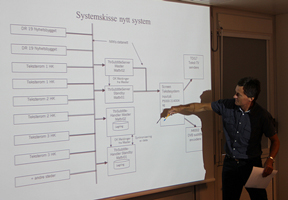 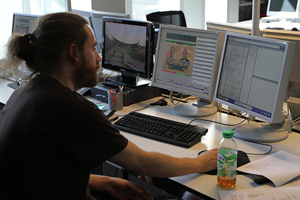 EBU Group on Subtitles in XML