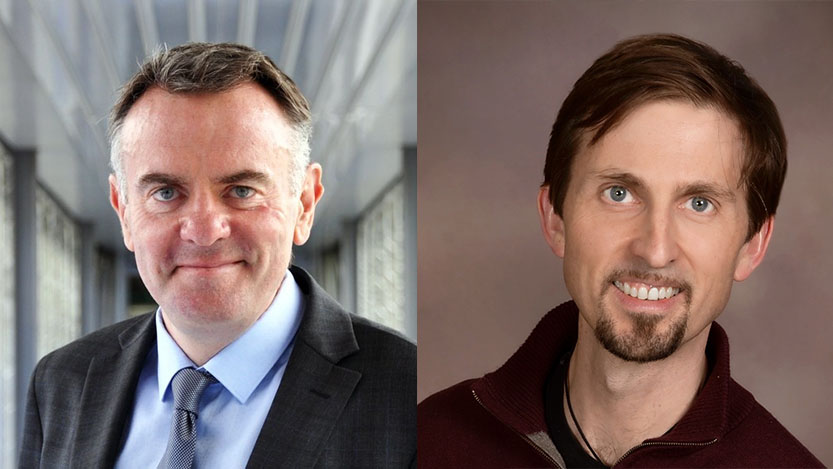 The keynote speakers at this year's EBU Production Technology Seminar will be EBU Director General Noel Curran and international media and communications consultant Kevin Anderson. The event – which has sold out early for several years now – takes place in Geneva from 30 January to 1 February.

The EBU will be streaming the keynote session free of charge via the PTS event page and on Facebook. A paid stream of the full event is also available and now open for registration in order to accommodate those who missed out on a seat this year.

Kevin Anderson has worked with some of the world's leading media organizations, among them the BBC, The Guardian and Gannett, publisher of USA Today. He has a particular interest in digital media product development and data journalism. He is the author of a recent report for the Reuters Institute on innovation in news media, with key topics including chatbots and conversational apps and new video formats. At PTS 2018 he will explore how broadcasters can meet the challenges of the digital age, with a focus on the role of data.

Noel Curran joined the EBU as Director General in September 2017. His keynote at PTS 2018 will be his first address to an EBU technology event since taking up his new role. He will speak about the need for public service media to innovate in order to meet current and future challenges. Mr Curran is a former Director General of Ireland's RTÉ and an award-winning investigative journalist.

For the first time the Production Technology Seminar will extend to three full days, a reflection of the many different trends now impacting on technical strategies. The final day of the event is entirely dedicated to "Game Changers", the developments that are set to fundamentally alter the way EBU Members operate in future. Key focal areas include IP, cloud and dematerialization; data and AI in media creation; and new workflows and tools, including the role of blockchain in digital content commerce.

Other topics that feature this year include Augmented Reality, implementing High Frame Rate and High Dynamic Range in UHD, immersive audio production, and Machine Learning. There will be a complete session dedicated to innovation strategies and digital transformation, and the usual set of in-depth tutorials.