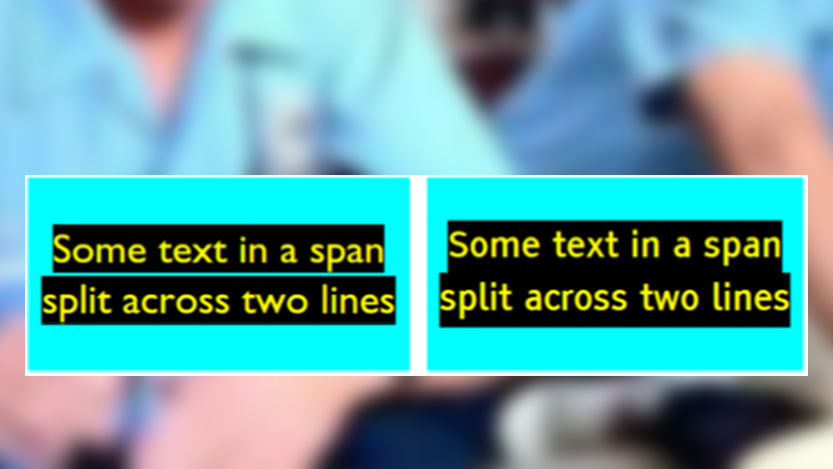 Most new subtitling formats derive from the same Timed Text Markup Language (TTML) tree, but they differ in the feature set that is supported. From the beginning, the EBU has focussed on providing a minimal viable set of features for online subtitling, to combine flexiblity with ease of implementation for broadcasters and manufacturers. The format this resulted in is called EBU-TT-D, and it is referenced by, among others, DVB and HbbTV.

The EBU now decided to add two new features to EBU-TT-D in order to maintain good compatibility with TTML, where, in an effort to meet more broadcasters' requirements, those new features had recently been added to the IMSC 1.0.1 Text Profile.

The first feature that was added to EBU-TT-D is called fillLineGap; it makes sure subtitles can be rendered as the type of blocked areas many viewers are familiar with, without gaps between the background areas of adjacent lines. The second feature is activeArea, which defines the area expected to be used by subtitles, helping to keep subtitles visible in case the video is cropped. This one can be compared to the Active Format Description metadata used by broadcasters to signal black bars, for example when mixing 4:3 and 16:9 content.

Illustration of the fillLineGap feature as specified by W3C. Left without, right with the new feature enabled.

Strictly speaking the update of the EBU-TT-D document is still a draft, but this does not prevent its use. The draft status is merely a formality, as the spec is waiting for W3C IMSC 1.0.1 to be published as an official W3C Recommendation. Until then, the reference in EBU-TT-D is to a draft version of IMSC, hence the use of the 'draft' label. As soon as the W3C Recommendation is final, the EBU will publish EBU-TT-D as an official new version (1.0.1).

More on the EBU-TT work can be found here. This work is part of the EBU Strategic Programme on Video Systems, which also covers related aspects of subtitling, such as Subtitling QC and the embedding of subtitles in IMF (which uses IMSC).