PTS 2017: plotting the route from Linear to Agile 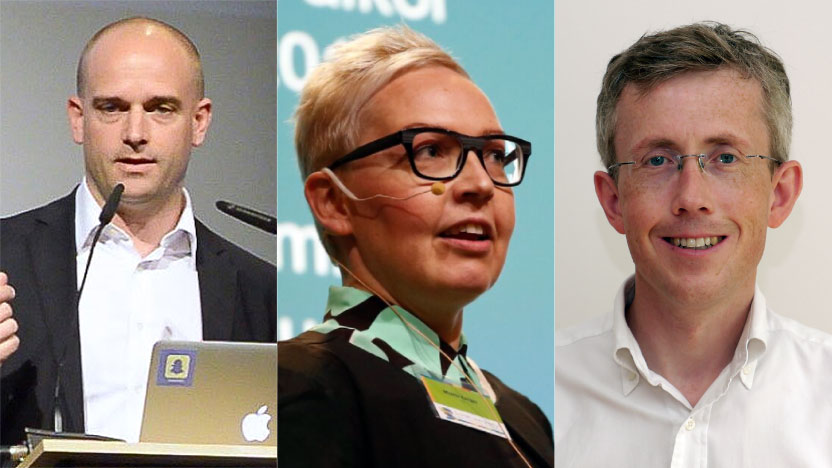 With less than two weeks to the Production Technology Seminar 2017, places are filling up fast for what has consistently been the EBU's best-attended annual technology-focused event. This year's seminar is likely to (again!) be a sellout, so those planning to attend are strongly encouraged to register soon.

PTS features an impressive programme of presentations, panel sessions and tutorials, along with a set of demonstrations that will include augmented reality with Microsoft's HoloLens and the latest UHD laser projector from Panasonic.

The overall theme for the 2017 edition of PTS is "From Linear to Agile", with a forward-looking feel to the programme throughout. One early highlight will be Malte Blumberg's talk on moving to a "digital first" strategy, where broadcasters produce and distribute only to web. With the wonderful job title Head of Bits and Pixels, Malte has been central to the launch of a new web-only offering from ARD/ZDF. Titled funk, it is targeted at 14-29 year olds, an audience it reaches via third party platforms like YouTube, Snapchat and Instagram as well as a dedicated app and website.

Yle's Mirette Kangas is another speaker with a job title that would not have been commonly found in a broadcaster – or indeed any organization – even a few years ago. As Head of Lean&Agile Development at the Finnish broadcaster, she has, during the last four years, led the transformation from traditional project management to a lean-agile model.

The lean-agile transformation and new company culture has not focused only on internet-based units. It has also been undertaken in other areas such as traditional broadcast production and design, creative content, multiplatform and transmedia development, and the whole leadership culture in several units. Mirette will tell the full story at PTS 2017.

The final session on Day 3 of this year's seminar will focus on all things IP. Huge progress has been made in recent years towards the creation of standards and protocols to enable live IP-based production environments. There will be an update on the IP Studio roadmap plus a report from the groundbreaking work undertaken by France Télévisions with their proofs-of-concept.

The session – and indeed the event – will round off with a discussion on "Building the IP Broadcast Centre". Moderated by Principal Technologist at BBC Research & Development Phil Tudor, panellists from Belgium's VRT, Norway's NRK and commercial broadcaster Sky will explore some of the latest trends in creating broadcast facilities that are optimized for IP-based production. It's a challenge that many broadcasters are already facing head-on and that all will face at some point in future.

Don't miss out on your chance to glimpse the agile future of broadcasting: register now for PTS 2017!