PTS 2017 confirms the arrival of UHD with HDR 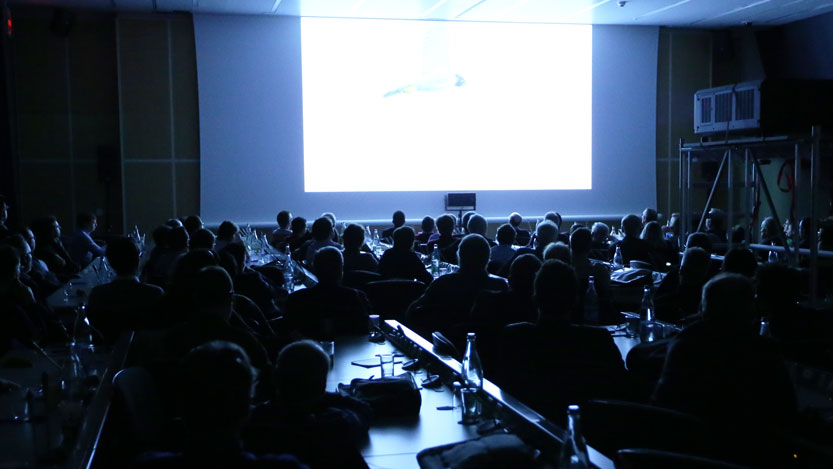 Planet Earth II at PTS 2017: the future is bright for UHD and HDR.

Wednesday evening's special screening of BBC's Planet Earth II, in UHD and HDR, was for many the highlight of another memorable Production Technology Seminar at the EBU. And it was just one of a number of such productions mentioned during the event this week, demonstrating that UHD with HDR (High Dynamic Range) is here and it works.

ZDF's Michael Pochert, quoting the head of his organization, said that "The future of television is not only guaranteed by technical development and the internet. The core of this medium depends on the power of the images." PTS delegates heard about the early experiences of broadcasters with the first "real productions" creating the powerful images to which he referred. Much new ground has been broken, and colleagues from BBC, ARTE, ZDF and others were generous in sharing the lessons they have learned.

Early audience figures for Planet Earth II suggest that the spectacular images are proving to be a big hit with viewers, even bucking trends in attracting younger audiences that have been getting more difficult to reach.

Paul Gray of research firm IHS spoke of the significant growth in sales of UHD-enabled displays. China is clearly the biggest market for such products, but even in Europe the expectation is that 25% of homes will have a 4k television by 2020. With the combination of UHD and HDR now a reality, the consumer electronics industry has a huge responsibility to avoid confusion when it comes to the features and benefits of new displays.

The EBU will look into HDR for HDTV distribution. For HDR to be a success story will require the involvement of all relevant standards bodies and associations.

Another important topic at PTS 2017 was the question of how media producers are shaping up for an IP-based future. Moves towards the cloud and virtualization are well under way – the event closed with a panel discussion featuring three broadcasters engaged in projects to build IP-based facilities – but many hurdles still remain for next generation broadcast studios.

Emerging standards such as SMPTE 2110 must allow for easy software integration, otherwise the industry will fail to achieve the all-important "FSS": Flexibility, Scalability and Shareability.

More than 140 representatives of EBU Members and the wider broadcast industry attended this year's Production Technology Seminar in Geneva. The mix of high quality presentations, in-depth tutorials and cutting-edge technology demos, along with the spirit of openness and sharing that is synonymous with EBU Technology & Innovation events, added up to time well spent in Geneva for all concerned.

The PDF versions of all presentations are available now to all attendees and to EBU Members; videos will follow in the coming days.

The EBU Production Technology Seminar 2018 will take place from 30 January to 1 February.