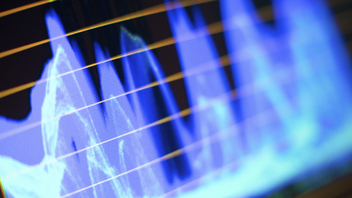 Last year’s discussions on spectrum focused on the pressure from mobile services to gain further access to the UHF band. At the time, mobile services did not show an interest for the lower band (the VHF band) as the technical characteristics of the UHF band offered them an optimum balance between coverage achieved and antenna size. Therefore, the deployment of digital radio (T-DAB) in Band III, part of the VHF band, was not under threat.

However, since the switchover to digital radio has taken longer in many European countries, the idea that Band III could be used for DTT in replacement of UHF frequencies which may no longer be available in the UHF band has risen in popularity. The EBU has issued a guide which explains why Band III cannot replace these frequencies:

Digital radio is now growing rapidly in many European countries and needs the frequencies in Band III to expand in other countries. It is crucial that regulators understand that Band III cannot compensate for a reduction of UHF spectrum available for DTT. Broadcasters need to get involved in their country discussions on spectrum allocations and brief their national regulators. EBU can provide additional briefing documents with up-to-date information ahead of their preparatory meetings.

Factsheet on the use of Band III