A complete spectrum of activities for EBU Radio Week 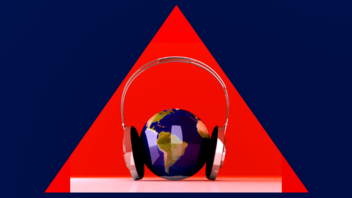 Next month's Radio Week (11-15 February) will see EBU headquarters become a hive of activity around digital and hybrid radio, with meetings and activities addressing the full spectrum of issues affecting the technologies and how they are used.

The centrepiece of the week is the Digital Radio Summit, a high level event aimed at decision-makers and strategy experts; before that the RadioHack workshops will give developers and engineers a chance to get their creative juices flowing. And throughout the week, various radio-related standards and technology groups will hold meetings at the EBU.

The Digital Radio Summit will open with a look at recent EBU initiatives around radio, including a keynote address from Media Director Annika Nyberg Frankenhaeuser (pictured) on the Euro-chip campaign. EBU's Head of Radio Christian Vogg will focus on the topic of radio apps, an area of growing interest for the industry.

As usual the Summit will feature updates from the associations: WorldDMB, Digital Radio Mondiale, RadioDNS and the Internet Media Device Alliance. A panel discussion featuring all four associations will ask what are the biggest threats and opportunities ahead for the industry.

During the afternoon attention will turn to use cases, including an insight into analogue switch-off plans for FM in Norway, the experiences of NPO of implementing RadioDNS in the Netherlands, and an update from the UK-based initiative Radioplayer. The closing session, on future developments, will look at digital radio on the move, both in cars and on mobile phones, along with an examination of where the AM bands are headed in Europe.

From high level to hack

On the two days preceding the Digital Radio Summit the focus will be less on the high level strategies and more on the bits and bytes. The RadioHack workshops offer a chance for developers and engineers to dive into the code and push the boundaries of what the latest technologies and devices can do. These workshops enable new connections to be made and can sow the seeds for the next generation of killer apps for radio.

This year's RadioHack will include contributions from EBU Members RAI, VRT, and IRT, along with Frontier Silicon, Global Radio Labs, MX Labs, IDAG, Spark and the EBU's own experts. While there's a registration fee for the Digital Radio Summit, the RadioHack event is free to attend (although registration is required).

The meetings below will take place in Geneva during EBU Radio Week. Individual registration is required for each meeting. More information here.

The Digital Radio Summit will take place on World Radio Day 2013. This UNESCO-led initiative, supported by the EBU, seeks to raise awareness about the importance of radio.