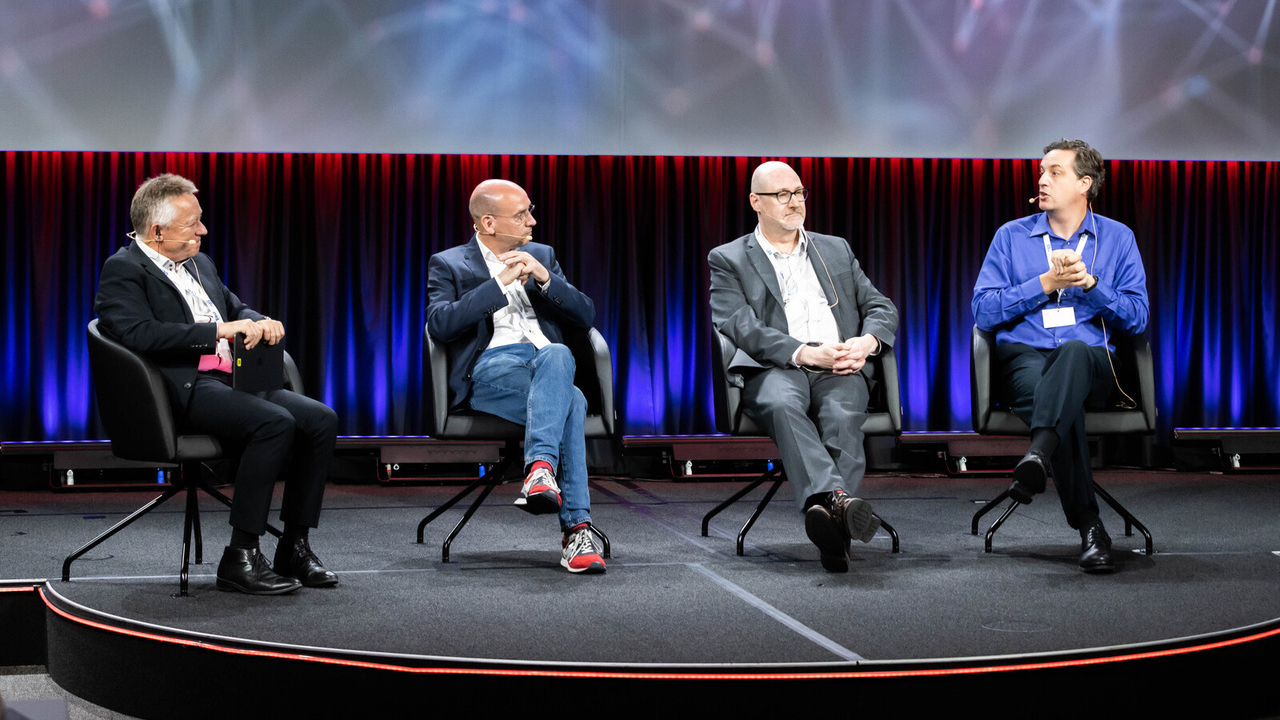 The annual EBU Network Technology Seminar took place last week in Geneva, providing an opportunity for broadcasters and vendors to take stock of the ongoing transition to IP-based production infrastructures. The hybrid event welcomed around 100 physical participants to EBU headquarters, with a further 200 following online. The conference presentations are now available to view on demand by EBU Members and event participants.

The eagerly awaited keynote session, featuring c-suite leaders from three of the main technology vendors in this field, did not disappoint, with thought-provoking presentations followed by a lively discussion panel.

Opening the conference, Thomas Riedel, CEO of Riedel Group, said that public service media organizations must become more entrepreneurial and seek partnerships as they shift towards the new operating models required in an IP and cloud-based world. He stressed that standards remain very important and said the EBU has a huge role to push for and help develop those standards.

His counterpart at Grass Valley, Andrew Cross, was upbeat about the possibilities offered by the shift: "We're becoming able to connect anything anywhere to anything anywhere. That's the key realization that will change our industries." While he too recognized the important role of standards, he said that they can take years to develop, which is a real problem that must be overcome.

The third keynote speaker was Troy English, CTO of Ross Video. He also talked about the role of standards and said that broadcasters, his customers, had much more power in pushing for them. The challenge, however, was in striking the right balance between what should be standardized and what space should be left for innovation. The full panel discussion among all three keynote speakers, moderated by the EBU's Hans Hoffmann, is available to view.

Day 1 of the event continued with a session featuring updates on software-driven infrastructures as used at RTBF, VRT and BBC. A further panel discussion featured three of the early adopters of live IP production, with updates on the new facilities in Montreal (CBC/Radio-Canada), Zurich (SRF) and Cardiff (BBC).