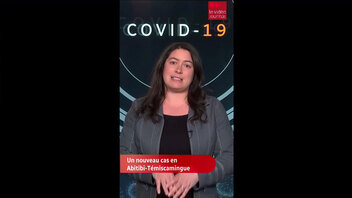 Working with user-generated video and making content for social media platforms can pose some challenges for broadcasters. Non-traditional aspect ratios are common in those areas, but they but don’t work well with workflows and solutions that were built for a world framed in 16:9.

To help with this, the EBU has published Recommendation R 155, which provides guidance for broadcasters and the industry to better deal with non-traditional aspect ratios.

Titled ‘Archival of Vertical Aspect Ratio Video’, the EBU R 155 document outlines best practices to avoid unnecessary degradation and preserve the full resolution of footage recorded in non-traditional (e.g. 9:16) aspect ratios during archival. It also outlines guidelines for the recording of footage in 16:9 that is destined to be repurposed for other aspect ratios down the line.

This EBU Recommendation was triggered by, and created with the help of, CBC/Radio-Canada, following the launch of a successful series of services by the Canadian broadcaster that aims to provide local news programming built on user-generated content and social media for distribution.

“We put a strategic focus on services for regional audiences”, says Jonathan Dupras, Director of Architecture and Strategic Development at CBC/Radio-Canada. “Custom newscasts on digital platforms were a way to provide these local services at a granularity that would have been impossible with regular 30 minutes newscasts.”

“But the workflows used had to be different from our traditional workflows and when it came to archiving these materials”, Kayatri Rangarajan from the Architecture and Strategic Development unit added. “We were unable to preserve them properly, and we quickly found out there was no standard or best practices on how to proceed.”

R 155 contains simple-to-follow guidelines and encapsulates the best practices developed by the Canadian broadcaster and their European counterparts. It is directed at broadcasters and content creators as well as vendors seeking to optimize their solutions.