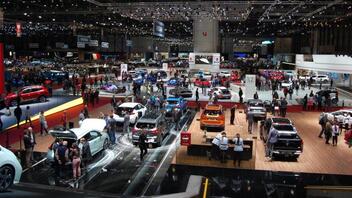 With the news that by 21 December 2020, new cars sold in the EU will have to be equipped with digital terrestrial reception, the EBU is well placed to provide the tools to help broadcasters equip themselves for the future.

In response to the Commission's announcement, EBU will be providing a suite of tools and advice for its Members and the broadcast community as a whole. These will feature in the Digital Radio Summit to be held in Geneva on 13th February 2019 and associated technical radio events, including a specific session dedicated to the digital automotive radio user experience.

Issues such as prominence of radio services, service following between broadcast and broadband, voice control and the potential for enhanced applications are at the heart of the EBU’s current radio developments.

As well as being a DAB pioneer, the EBU has led the development of hybrid radio technologies such as RadioDNS which enhances reliable and cost-effective broadcast audio with additional internet content and services. EBU Members are also the pioneers of digital radio in their respective markets, with the switchover plan from FM to DAB having been completed in Norway, planning underway Switzerland, and the UK exceeding a 50% share of digital listening.

With its platform for providing hybrid radio metadata, EBU already provides the tools necessary for its members to link their broadcast and online offerings in a seamless manner, complementing the automotive efforts of other organisations such as RadioDNS and WorldDAB. The EBU plans to shortly release this platform as open source code, under its open.radio initiative. The goal of the initiative is to help broadcasters define a future radio user experience, driven by richer metadata and interactivity.

You can find out more by visiting the open.radio site, or by contacting Ben Poor or Marcello Lombardo.