EBU Members to the fore at IBC2018 Awards 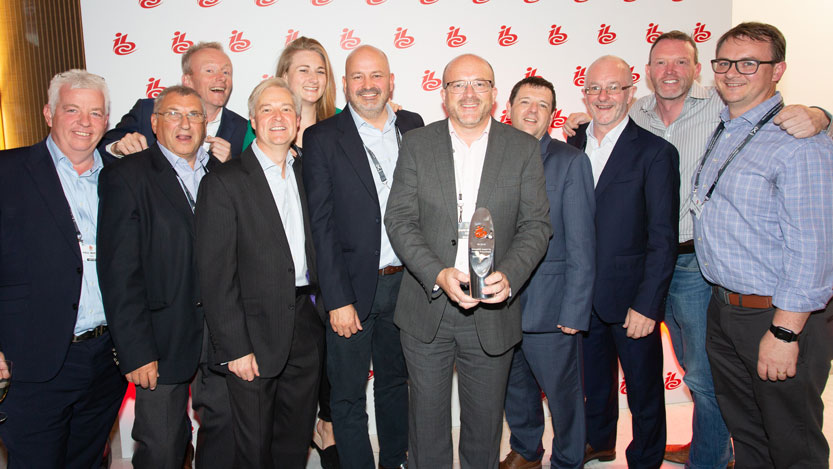 Ireland's RTÉ and the UK's BBC were among the prizewinners at the IBC2018 Awards in Amsterdam this week. The awards recognize innovation within the media, entertainment and technology industry, rewarding projects for content creation, content distribution and content everywhere. The strong showing by EBU Members once again demonstrates that public service media remain at the forefront of new technology developments.

The Saorview Connect service from RTÉ won the Content Everywhere prize, the shortlist for which also featured ESPN and the World Rally Championship. The service, which brings advanced OTT (over-the-top) features to the free-to-air Saorview platform, was developed by the EBU Member in collaboration with Freesat (owned by BBC and ITV) and the manufacturer EKT.

RTÉ Director of Transformation and Technology Richard Waghorn (pictured above) said the Saorview Connect team was thrilled with the win: "We created a service that we believe is truly the future of free TV, and for this to be acknowledged at a global level is a true honour. Saorview Connect was developed to give Irish consumers a world-class TV viewing experience and this award reaffirms Ireland’s position as a country on the cutting edge of digital innovation.”

BBC picked up two awards. One was for the best technical paper in the conference, titled ‘AI in production: video analysis and machine learning for expanded live events coverage’. The paper discusses a project known as ‘Ed’, to create near-live content with a minimal crew. An example might be a set of three unmanned 4K cameras, from which ‘Ed’ would produce several properly framed HD pictures, cutting between them as appropriate.

“The point of the work is to allow coverage of more events, to reach places we otherwise could not reach,” said Project Lead Mike Evans. “With conventional production we cover only about six of the nearly 100 places music is performed at the Glastonbury Festival, for example, or just a tiny fraction of the 50,000 performances in 300 venues at the Edinburgh Fringe. But with ‘Ed’ we can reach many more of these, and do so with production techniques which are much less intrusive for the event itself.”

A pair of imaginative creative projects from BBC were jointly honoured with an IBC Special Award. Civilisations AR is an augmented reality app, linked to a BBC arts series, which allowed local and national museums to share more information about the objects in their care. BBC News chose to tell the geopolitical story of a project to dam the Nile in Ethiopia through a journey along the river shot in 360˚ video and immersive audio.

Photo (courtesy of IBC): Richard Waghorn, RTÉ Director of Transformation and Technology, holding the IBC2018 Award for Content Everywhere, with members of the team behind the Saorview Connect platform including EBU Technical Committee Member Brian Wynne, second from the right.