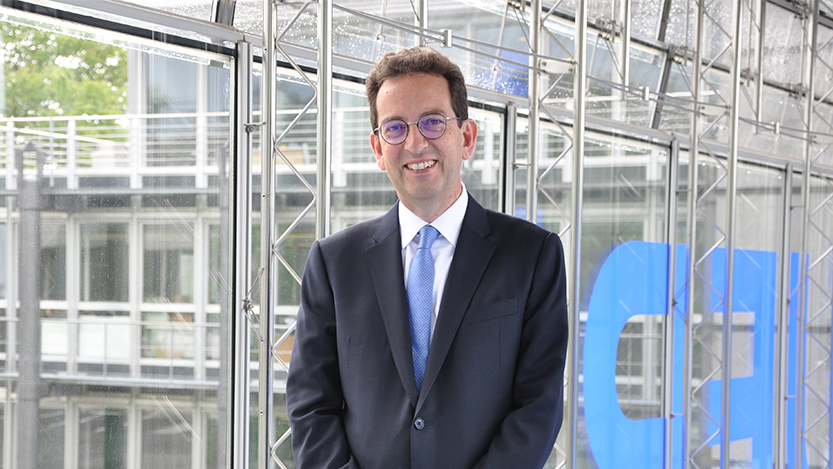 Antonio Arcidiacono has been appointed as the EBU’s new Director of Technology & Innovation.

Antonio has extensive experience in conceiving, developing and taking new products and services to market. He has worked as Director of Innovation, and a Member of the Management Committee, at Eutelsat since 2008 where he was responsible for launching innovative IP-based satellite services.

Antonio is an internationally acclaimed expert in digital television, satellite communications, IP-based multimedia services and mobile telecommunications and managed a team of international experts. Amongst his many achievements, he participated in the launch of the first GSM services and was responsible for launching the first Digital TV services in Europe; he played a central role in the convergence between the broadcasting world and the internet world in the mid 90’s with the launch of the DVB-IP set of standards; and oversaw disruptive ideas being translated into new products and commercial services.

With strong knowledge of the European market, he has worked closely with the leading players in the fields of Digital TV and Multimedia Services, and with European institutions at a technical, standardization, regulatory and competition level.

Antonio joined Eutelsat in 1990 and took part in key phases of its development from an international organization to privatization in 2001 and to the IPO in 2005. He worked initially as a New Services Manager and Head of the Multimedia Services Business Unit, launching the first internet via satellite and satellite mobility services in Europe prior to his appointment as Director of Innovation where he developed the first satellite IOT service platform and the first native satellite OTT services.

Before working at Eutelsat, Antonio worked for the European Space Agency and started his career working for Telespazio and Selenia Spazio.

Antonio was a founding member of the Digital Video Broadcasting (DVB) project and has been a member of its Steering Board since its inception in 1993.

Antonio said: “I'm delighted to be joining the EBU and to have the opportunity to work with all EBU Members, contributing my experience to the development of new ideas and launching successful initiatives to sustain technology and innovation excellence in the media industry. Maintaining and stimulating public service media as the top quality reference in the market is, and will remain, the key mandate of public broadcasters.

“I look forward to proposing new ideas and working with Members to launch new initiatives catalyzing their efforts to grow and be successful in today’s challenging and competitive market.”

EBU Director General Noel Curran commented: “EBU Technology & Innovation has a strong history of ground breaking work in broadcasting technologies and standards thanks to our highly qualified and dedicated team of staff and Members. I am confident that with Antonio's broad portfolio of highly relevant experience, as well as strong management skills, we will build on this legacy and take it to the next level."

Antonio has a Doctorate in Electronics & Telecommunications Engineering from the University of Pisa. He is fluent in Italian, English and French.

Antonio will join the EBU on September 1st. He replaces Simon Fell who left the organisation earlier this year.