No slackers, plenty of dockers at DevCon 2016 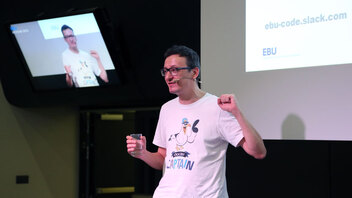 The EBU's annual conference for software developers wrapped up in Geneva today after two days of collaboration and exchange around a broad range of topics. The forty or so attendees in the room were joined by a number of others who followed the event from afar via an exclusive live stream (representing a first for DevCon).

A recurring subject this year was Docker, an increasingly popular platform that allows developers to wrap a piece of software in a container that holds everything needed to run: code, runtime, system tools, etc. For broadcasters, who often need to run large scale applications such as a streaming site, Docker adds significant value.

"It is not just about lighter virtual machines. It is a completely new way of thinking about how to ship applications in terms of network, storage and computation", said Docker Captain Viktor Farcic (pictured above). He led a 'show and tell' workshop demonstrating how to build, test and deploy services with Docker.

Another technology in focus this year at DevCon was Kubernetes, another container-centric platform. While both Docker and Kubernetes each offer specific advantages, attendees learned that their respective feature sets are converging.

At what was the fourth edition of DevCon, it was evident that broadcasters are once again becoming engineer-driven companies, having been seen more as purely content houses in recent years. While they remain far below the 80% engineers that compose the staff of a company like Netflix, changing patterns of distribution and consumption are leading to software-driven changes throughout the broadcast production and distribution chain.

More and more broadcasters are realizing the value of maintaining in-house development teams. Among this year's participants were developers from fourteen different EBU Members, as well as others working as external collaborators. 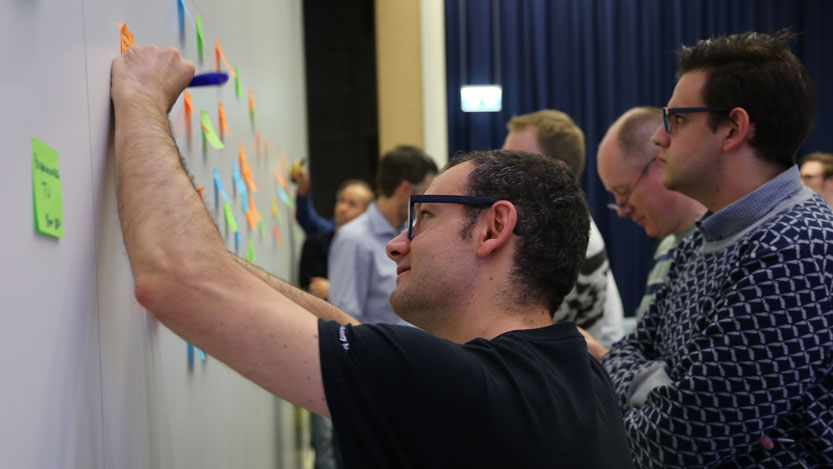 Attendees participated in a collaborative workshop, generating valuable discussions around a variety of themes.

The EBU has, in recent years, been fostering ever-closer collaboration between its Members on building digital products. Prime examples are groups working on a Recommendation System and the already delivered Cross-Platform Authentication protocol.

Even over the past two days, new clusters formed around topics of interest including metadata extraction, storage headaches related to Docker or Kubernetes clusters and the challenge of publishing the huge archives that public broadcasters seek to leverage.

To tune into the discussions around these topics, and others that came up at DevCon 2016, join the DevCon channel at ebu-code.slack.com.

EBU Members can access the presentations from DevCon, and the videos, at: tech.ebu.ch/devcon16