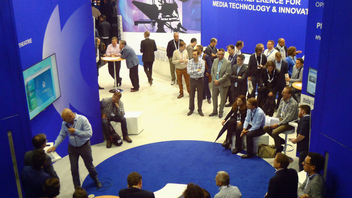 As the transition to fully networked media production happens, many questions arise. And when EBU Members are short of answers, the Strategic Programme on Future Networked Systems (FNS) has a mission to investigate.
For discovery, control, monitoring and configuration of network-connected media devices (e.g., cameras, microphones, network-based vision/audio mixers, encoders/decoders/transcoders) a number of approaches exist as well as some standards, including Ember+, OCA/AES210, SMPTE 2071, FIMS and the BBC IP Studio discovery mechanism.
But what approach is best? Which one should we use for certain applications like TV versus audio-only or live production versus file-based? And how can they be applied to "virtual” devices running on general-purpose computer platforms – for example, transcoders running within a cluster or a cloud, in addition, to physical devices?
To learn more from each other and to share experience and understanding about these problems, FNS organized a one-day workshop that was hosted at the VRT in February 2015. A series of presentations of possible technologies were interwoven with open discussions regarding the above topics.
As an outcome of the day, the group developed an initial list of user requirements and a small ad-hoc group was put together with the task of finishing the list. It took a few web meetings, some wiki-based authoring, and some more consultation with experts and industry to finalize the work. But in the end, the group was able to turn it into an EBU publication: Tech 3369 – Requirements on Networked Device Management.
This list of requirements can now be used as a tool to evaluate the technical merit of each solution and to guide industry towards standardisation and harmonisation. It is also in line with other work like the EBU/SMPTE/VSF Joint Task Force on Networked Media.
To find out more, click here.

FNS organizes occasional one-day micro-workshops on focused topics that are linked to the transition to Networked Media Technology. Each workshop gathers around 25 peer specialists in an open and participatory session. The next FNS micro-workshop will be about defining a roadmap of the transition to Networked Media. It will take place at the BBC, MediaCityUK, Salford (UK) on 13 October 2015.
EBU Members should join the FNS Group to keep informed on the next micro-workshops.