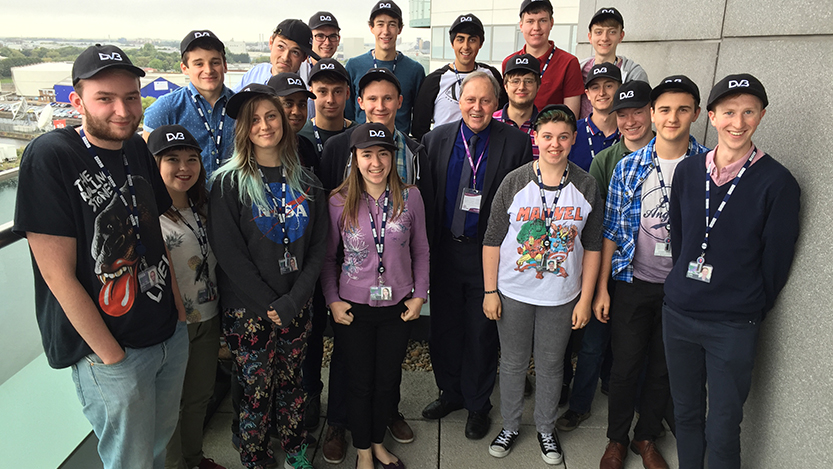 The BBC Academy in the UK is one of the world’s most famous institutions for training people to work in broadcasting.  They organize undergraduate and post graduate courses with a UK University.
News of the EBU Tech Tutorial Videos reached the ears of the BBC Academy, and in September, David Wood who takes part in the videos was invited to use them as a basis for part of the student’s induction programme.  David Wood adds “It was great to find the students were able to follow the tutorials, which are due to the genius of my colleague at the EBU, Senior Project Manager, Frans deJong.  We thought of them originally as intended for managers – but they worked well when we used them here with the students in a team exercise to design a UHDTV broadcasting system - something taxing many standards groups today.  In fact the students' conclusions were not so different from those of the professional standards groups”.