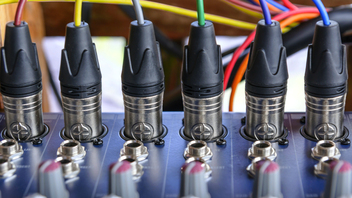 In early 2006, Swedish Radio triggered an alarm at what was then called the EBU Network Management Committee (NMC): "ISDN is being phased out by our telecom operators. We must quickly find a replacement solution for our audio contribution!" At the time, most radio stations in Europe (and the world) relied on Integrated Service Data Network (ISDN) for their news contribution, live concerts outside the studio and international exchanges. It provided affordable, on-demand, connections with guaranteed fixed bitrate with low latency in order to stream compressed digital audio. Many still rely on it, but this is changing as telcoms operators are either phasing out ISDN or making it a niche expensive product.

Back in 2006, the Network Management Committee decided to create a group for Audio Contribution over IP (N/ACIP) with Lars Jonsson, Swedish Radio, as chair to address the problem and come up with a solution. From the start, IP was seen as the only way to go. Some early products using IP were already on the market, but no standards existed. The group worked on designing a standard based on existing protocols to facilitate integration into existing infrastructures. Session Initiation Protocol (SIP) telephony was already growing and so it was decided to base the standard on it for signalling and Realtime Transfer Protocol (RTP) for transport.

The ACIP group brought manufacturers together to agree on a common proposal and the first version of the standard was launched in 2007, Tech 3326: Audio over IP, requirements for interoperability. This standard proposed a set of audio encoding from low bitrate compressed audio to linear Pulse Coded modulation (PCM) audio, offering more flexibility to broadcasters than with ISDN. As the majority of manufacturers had implemented the standard alongside their proprietary solutions, two plugfest workshops were organised to improve interoperability and clarify the standard.

Since then, the ACIP group has become the meeting point for experts from broadcasters and manufacturers, with a growing number of participants. Recently, the North American Broadcasters Association (NABA) joined the initiative by showing support for the ACIP recommendations. Based on the success of ACIP, another group focusing on Intercom was created and proposed a lighter version of the Tech 3326 standard for audio over IP for Intercom applications (EBU Tech 3347).

Many broadcasters have now deployed audio contribution over IP in their organizations using SIP servers and sending the audio over dedicated (private) IP networks with managed quality of service, and even on the open Internet. Compared to ISDN, the Internet does not offer end-to-end guaranteed bitrate and delay. As a result, broadcasters live with the risk of dropout or connection loss that can be acceptable in some applications such as news.

Mitigation techniques exist to reduce the risks of dropouts. Redundant streams on multiple Internet accesses is one example. Recently, Belgian EBU member VRT worked with their operator Belacom to use their SIP infrastructure for voice over IP on VDSL lines for transporting their audio contribution. Doing it this way meant that the audio benefited from the managed quality of service associated with the voice over IP service. Although this was a national-specific solution, it could possibly work on the international level, provided that telecom operators interconnect their voice over IP networks.

In 2012, the group was renamed ACIP2 with new objectives. Operational experience with the ACIP standard suggested that broadcasters need a means of better exchanging network and audio parameters. For example, the settings for buffering, audio compression will not be the same if the connection happens on a private managed broadband IP network for a music concert or on the Internet access of a hotel room for a journalist. After a year of effort from an ACIP task force, the new profile recommendation - Tech 3368: Audio over IP, Profiles - was published.

While ACIP has concentrated on wide area networks, the Audio Engineering Society (AES) has produced a standard: AES67, for Audio over IP in studio environments with very low delay, PCM audio, and synchronization. The combination of both proposals from AES and ACIP bring a unique solution for audio over IP for professional applications. What's next? Perhaps a new AES/EBU interface? Time will tell.

Are you interested in more features like this? Or perhaps you want to contribute to our next issue of tech-i magazine? Download your free copy of our latest tech-i magazine here or contact the Managing Editor.