Technologies requested by the JT-NM 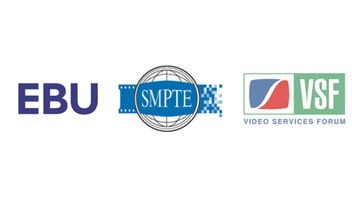 As IBC 2013 opens in Amsterdam, the international Joint Task Force on Networked Media (JT-NM) has released its highly anticipated Request for Technology (RFT). The EBU, together with its JT-NM partners VSF and SMPTE, believes this is a significant step on the path towards the future of media production.

The Task Force has published its RFT - on 12 September 2013 - with the goal of identifying the technologies, current or in development, which can fulfil the business-driven user requirements that were collected in the first phase of the Task Force's work.

All interested parties are invited to respond to this RFT. A statement of intent to respond must be received by 11 October 2013 and the deadline for complete responses is 1 November 2013.

A gap analysis between the user requirements and the responses to this RFT will follow. A report of the results will be published by 30 November 2013. Future activities may be carried out by the Task Force or individual organizations depending on submissions received in response to this RFT and the resulting gap analysis. For example, the Task Force may recommend specific areas where standardization is required.

This RFT is being released in a context where already several proprietary networked media solutions exist. On the other hand, there is a demand from the wider industry for interoperable, open systems that allow the mixing and matching of products from different vendors to meet users’ needs.

The Request for Technology can be downloaded from the JT-NM page.

For more information about the trend towards networked media production and the EBU's activities in this domain, see our Fact Sheet on Fully IT-based Production.