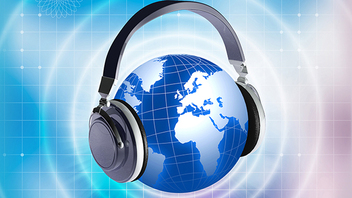 A packed conference room at the EBU for the 2014 Digital Radio Summit was a clear sign of the growing optimism around digital radio across Europe. The conversation has largely moved beyond questions of which transmission standards to use. The hot topics now relate to strategies for planning digital switchover, the need for cross-industry collaboration, the importance of in-car multimedia, and cracking the smartphone market.

One of the key takeaways was the agreement on 50% as a critical threshold for countries developing plans for FM switch-off. In Norway, Denmark and the UK switch-off will be given the go-ahead only when at least 50% of listening is digital (with variants on how that is defined). Nevertheless, both Norway (2017) and Denmark (2019) have announced target dates already, while the UK and Switzerland are working to put the pre-conditions in place, while not yet naming an actual date.

Work with the enemy

Regardless of whether FM switch-off is on the agenda, there was general agreement that the successful launch of digital radio requires true cross-industry collaboration. EBU Media Director Annika Nyberg Frankenhauser stressed the need to join forces with "the enemy", saying that public broadcasters must ensure that their commercial competitors are fully on board.

A view Jaguar & Land Rover's Phil Stuchfield was a welcome addition to the programme. He reiterated the continued importance of in-car radio - listening to broadcast radio represents double the time of other sources (iPod, CD, etc) - and said that his industry needs solutions that will offer a wide choice of services and can be developed on a worldwide basis. He identified software-defined radio as having the potential to solve many problems, but said much work still to be done.

Per Borgå of Teracom presented the results of a study they conducted in Sweden drawing the firm conclusion that cellular networks are not the solution for the future of radio delivery. The huge amounts of data, high costs and the difficulty with providing universal coverage mean that eMBMS does not offer a realistic alternative to terrestrial broadcasting. And, he said, new technology is unlikely to change this conclusion.

One piece of excellent news came at the end of the day, when RadioDNS chair Nick Piggott announced that Samsung have released a number of smartphone models that integrate RadioDNS hybrid radio as standard. In this case the broadcast element is FM, but it shows a clear willingness on the part of the handset manufacturers to embrace a new approach to radio for the future. The Universal Smartphone Radio Project and the Euro-Chip campaign, both supported by the EBU, will build on this momentum.