A hub of cutting-edge technology in broadcast media 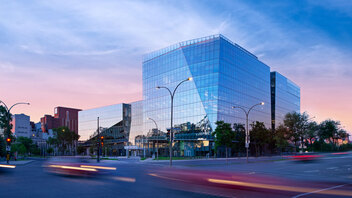 CBC/Radio-Canada is Canada’s national public broadcaster. Through our mandate to inform, enlighten and entertain, we are undertaking a transformation to meet the needs of Canadians in a digital world. When our Montreal production centre, built in 1973, reached the end of its lifespan, we seized the opportunity to move to a new, unique and innovative French-language headquarters.

Construction of the new Maison de Radio-Canada (NMRC) began in summer 2017 with the goal of creating a content production system based on emergent IP technologies. Our technical teams, end users and outside technology suppliers worked to build a versatile, adaptable facility that could operate as a major content production and distribution hub. Overall, the building supports 16 linear television channels, 65 news, talk, and music radio stations and their corresponding digital streams, along with a host of digital-only services.

First and foremost, the NMRC was designed to be a stimulating work environment for 3,000+ employees. It also needed to have infrastructure that would be capable of meeting today’s production requirements and beyond. Achieving operational savings by reducing the square footage and maximizing equipment efficiency to reduce energy consumption were also high priorities.

As of spring 2022, all radio, news production and post-production operations were fully migrated and up and running in the new building, alongside administrative services. The NMRC now includes a content playout and master control facility, eight video control rooms, more than 10 studio floors, 20 radio studios and booths, 40 editing suites, and a 156-cabinet state-of-the-art data centre.

Traditional infrastructure is constrained by the limitations of HD-SDI routers; large facilities typically house small independent production islands linked by a facility router. In the NMRC, all production equipment is centralized in a data centre and interconnected via massive network infrastructure, creating a pool of shared, dynamically allocated resources that can form virtual production systems tailored to specific production needs. Once any given production is complete, its resources are relinquished for immediate use by another.

Our IP technologies allow virtually unlimited audio/video signal routing infrastructures to be built, significantly boosting flexibility and agility. This maximizes the utilization ratio of equipment while minimizing the amount needed, reducing the costs and carbon footprint of our productions.

Today, more than 400 IP routers constitute the NMRC’s IP media network backbone, capable of forwarding 450 Tbps of real-time media traffic and carrying more than 50,000 media flows, making it one of the largest and most ambitious of its kind.

We now broadcast from a live laboratory where large-scale concept testing benefits the whole industry, making CBC/Radio-Canada a leader in the standardization and democratization of IP technologies for real-time media production. We’ve started sharing lessons and insights with the broadcasting community and we’ll continue to do so in the years to come.

Look at our latest issue of tech-i 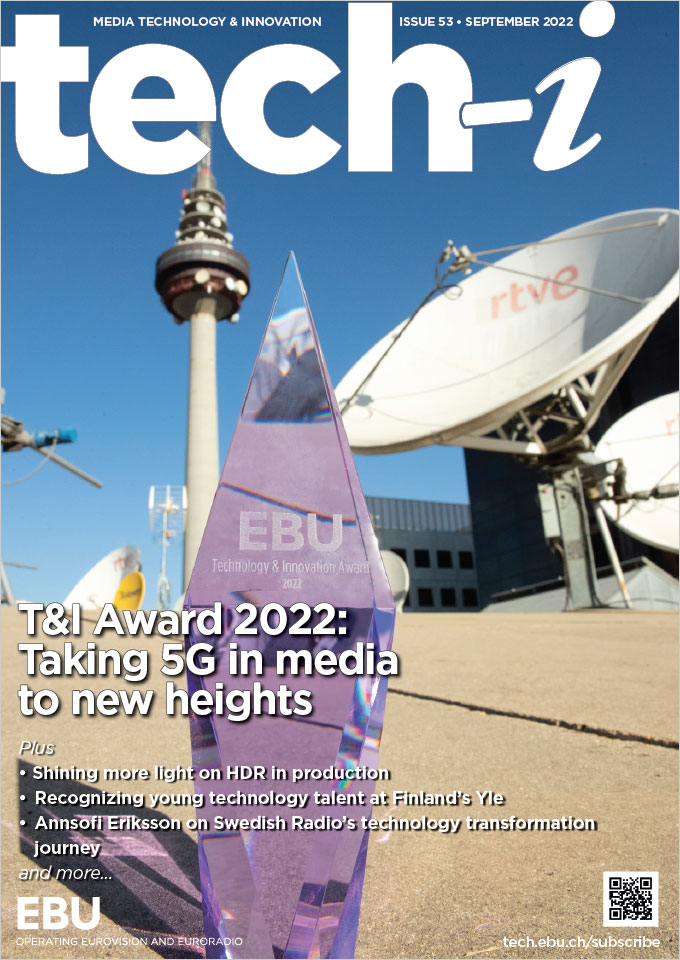