“The absence of information in a blockade accomplishes two goals. Chaos is the first. People don’t know what’s going on, and they panic. At first I couldn’t understand why Mariupol fell apart so quickly. Now I know it was because of the lack of communication.

Impunity is the second goal. With no information coming out of a city, no pictures of demolished buildings and dying children, the Russian forces could do whatever they wanted. If not for us, there would be nothing.”

These are the words of Mstyslav Chernov, a video reporter for The Associated Press. He was among a tiny group of international journalists who remained in Mariupol in mid-March, eventually evacuated by Ukrainian forces.

I recommend that you read Chernov’s full account of the siege. For any of us who work in the media, it is a sobering reminder that the services we provide can and do make a life-or-death difference. (The essential role of the media when the COVID-19 pandemic began to sweep the world in early 2020 was another example that remains fresh in the mind.)

Ensuring the contribution and distribution of information remains active, even when key infrastructure is destroyed, is a fundamental requirement for any democratic society. A modern distribution network should be regarded as critical national infrastructure. It is a strategic resource allowing access to multiple and trusted sources of education and information, supporting public safety and democratic life.

As the war in Ukraine intensified, broadcast and broadband resources were progressively disrupted or taken over. The EBU coordinated several actions to support the public broadcaster UA:PBC, using terrestrial and satellite- based resources.

Beyond these immediate and urgent actions, we must now reflect on how we can improve the resilience of information infrastructure in every country. As per a new EBU Recommendation, the answer lies in the use of multiple technologies in complementary ways. This collaborative infrastructure should include both broadband and broadcast networks. It must implement high reliability, resilience, and security features, providing services to 100% of the population and across 100% of the territory, leveraging the respective strengths of different technologies and networks. And it must not be thought of as infrastructure to be used only in emergencies: these networks should be the same that are used day in, day out to inform and entertain the population, while also being ready to alert them to crisis situations.

The irreplaceable role of broadcasting as a means of reaching the entire population of a country has come into sharp focus in the Ukrainian crisis. There, we have seen the use of almost all the broadcasting technologies of the last 100 years, including MW and SW radio, and extensive use of satellite technologies, helping to reach populations independent of local infrastructures.

Spectrum is a must

All of this strengthens my conviction that we urgently need to design, develop and deploy these resilient information networks. One core element of this is the availability of radiofrequency spectrum for essential public services. The broadcast networks that inform and educate on a 24/7 basis, with coverage of the entire territory of a country, can help prevent crises and alert the population when emergencies occur.

Regulators and policy makers should create favourable regulatory and market conditions to support the development and implementation of advanced collaborative network solutions, providing stability and long-term certainty. That includes access to sufficient spectrum resources for the continuous development of broadcasting technologies and networks.

This need is felt more intensely as we watch events unfolding in Ukraine, but it is not limited only to times of crisis. We must act now to protect our common future.

This article was first published in issue 52 of tech-i magazine. 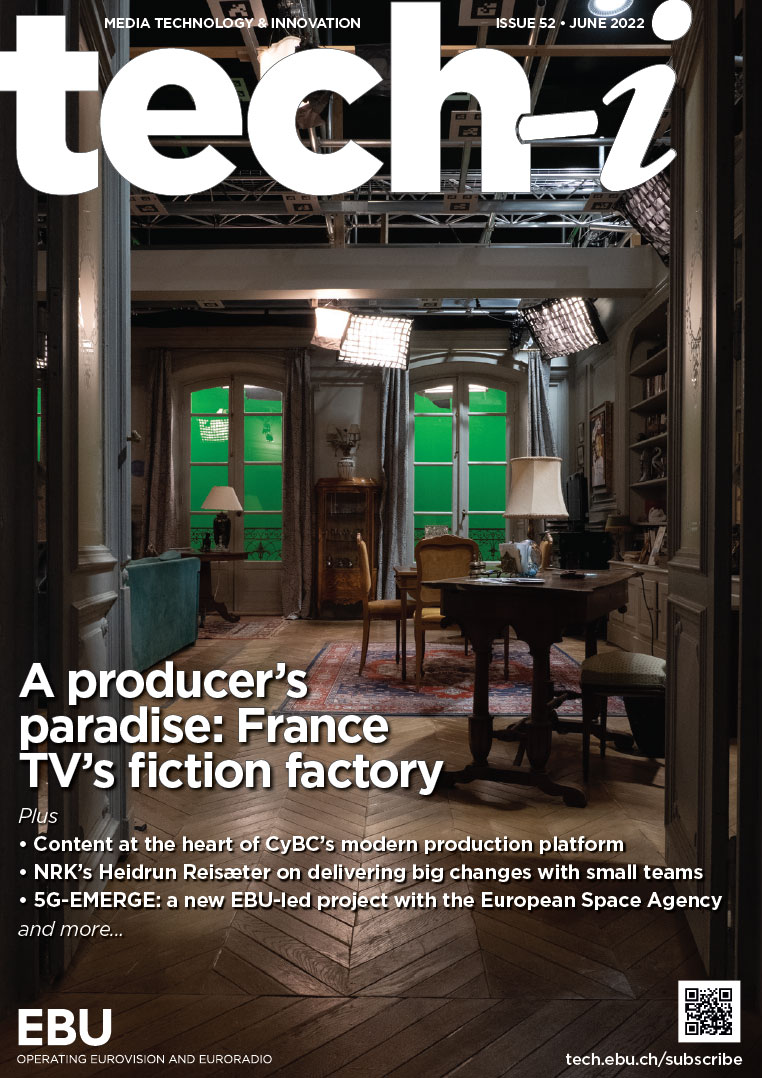