The future of R&D&I at Germany’s ARD 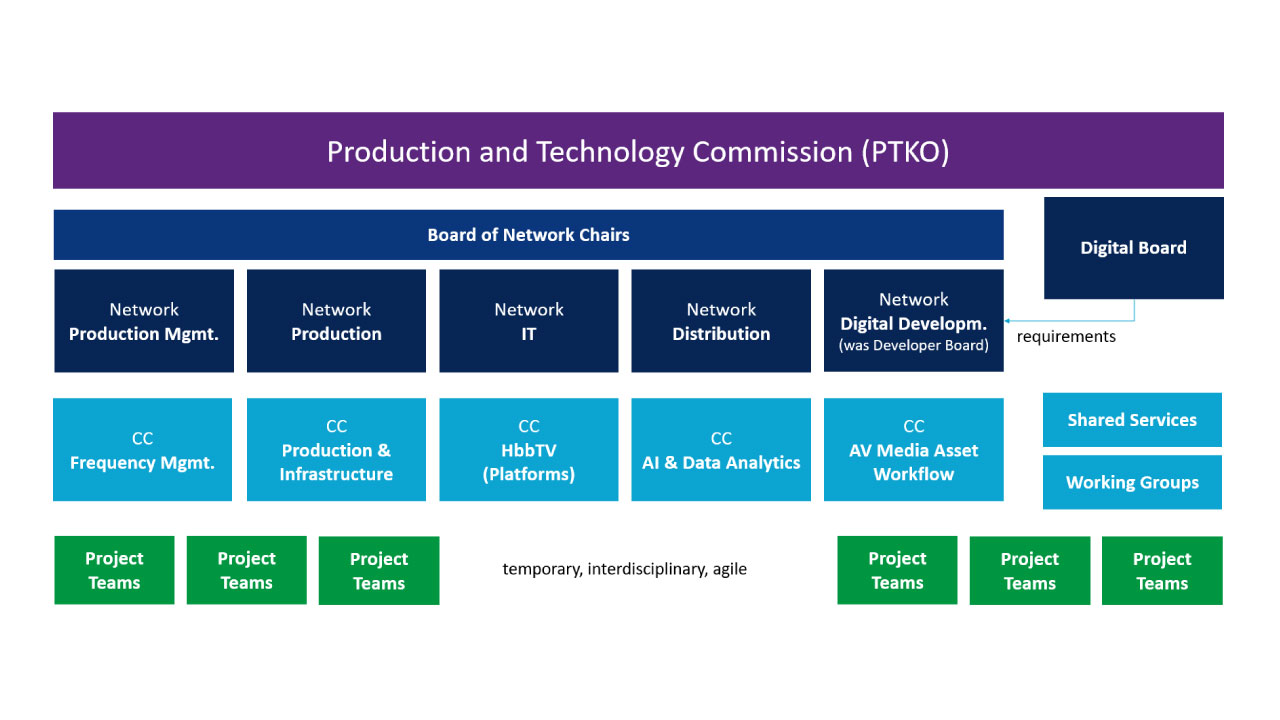 The new structure of the ARD Production and Technology Commission

Public service media in Germany is provided by the nine self- governing regional members of the ARD, along with the national ZDF and Deutschlandradio. Together they deliver a wide range of programmes for radio and television as well as online services. There is a high degree of collaboration across the ARD members, with five transversal groupings that sit below the general directors and cover video programming, audio programming, finance, legal matters, and production and technology (the commission for which is known as the PTKO).

For more than 60 years, most of the R&D&I activities of the ARD (and ZDF, Deutschland- radio, ORF and SRG SSR) were carried out by the IRT – Institut für Rundfunktechnik – an internationally renowned research centre for broadcast and media technology. Around 100 employees worked in Munich, in close collaboration with the broadcaster affiliates and industry and research partners. Over the years, the IRT developed new formats, production technologies, metadata solutions, hybrid radio and television technologies, expertise around cloud production and IP distribution, and so on.

The closure of the IRT in 2020 raised questions as to how technology research at ARD should be handled going forward. The answer comes in the form of a new networked approach based on a series of competence centres.

Previously the PTKO had many different working groups that each had its own contract with the IRT, often working in parallel on the same themes. To secure the future of shared technology services across the ARD, these working groups are now part of an overarching portfolio within five networks that sit under the PTKO. The five networks deal with production management, production, IT, distribution, and digital development.

A central board brings together the chairs of the different networks. It functions as a kind of clearing house for questions and requirements, and for sending experts to groups such as the EBU. As of recently, the networks are responsible for a set of competence centres and a series of agile, interdisciplinary project teams.

One of the first competence centres to be put in place was the CC on Frequency Management. Based at BR in Munich since mid-2021, it provides centralized know-how on frequency management and related regulatory, standardization and interference issues – currently working with a focus on WRC-23.

Another CC is focused on HbbTV and platforms. Hosted by rbb and WDR, it looks at end- user devices, accessibility, the user experience, and collaboration on the further development of the HbbTV standard.

A CC on AV Media Asset Workflow, hosted by WDR and SWR, looks at the overall process of audio and video playout over the public internet, from encoding, transcoding and streaming to the player or end device.

Kicking off in early 2022, the Production and Infrastructure CC is based at SWR and HR. It will look at the development of technical infrastructure as it relates to audio and video technology, data in media, production workflows, green production, etc.

Also formed early this year, the CC on AI and Data Analytics, hosted by WDR, will be focused on the creation and provision of standardized, use-case-oriented AI solutions. Its work will include systematic assessment of available technologies and service providers and development of best practices.

With this new structure and approach, the PTKO will be an innovator and driving force behind the digital transformation. It is vital for us to work together, editorial colleagues with digital and technical colleagues. We must leave behind the age of developing things in parallel. We need a new kind of thinking; we want to be more digital, more agile. We’re still working on the future; we are working together.

This article was first published in issue 51 of tech-i magazine. 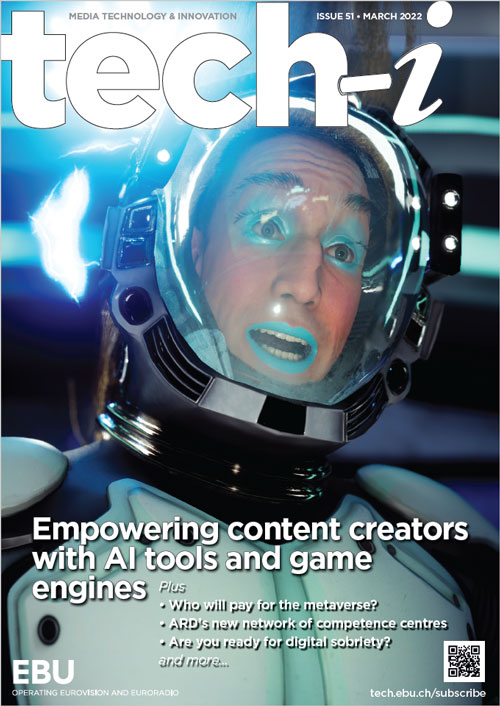