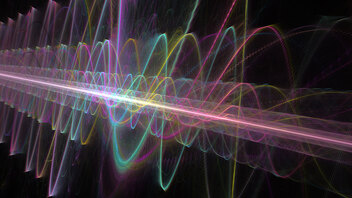 As the latest round of discussions in one of the ITU’s key groups preparing for the World Radiocommunication Conference 2023 (WRC-23) drew to a close, one important question remained unresolved: whether and how mobile services and digital television services could coexist in the same band.

Without a clear answer to this question, WRC-23 will have no technical basis for discussion on the sub-700 MHz band currently used for digital television services (DTT). The ITU’s special group tasked with preparing for the WRC-23 discussion on the sub-700 UHF band (TG6/1) has just finished its fourth meeting, with one more to come in September 2022. This last meeting must finalize the elements to go into the pre-WRC-23 documentation – the so-called Conference Preparatory Meeting (CPM) report.

While there remains big support for the continued use of the UHF spectrum in question for DTT and PMSE (audio production equipment), consensus on some key points remains elusive. One particular point of discussion has been the ‘sharing and compatibility studies’, which look at the implications of a mobile service and a DTT service operating on the same frequency channel and are based on technical simulations and real-life experiences. This kind of scenario could easily arise along geographical borders for example, with one country using a channel for DTT and an adjacent country wishing to launch mobile services in the same channel.

Existing research shows that DTT and mobile networks don’t go well together: Theoretical studies and a number of real-life examples from the 700 MHz and 800 MHz bands demonstrate that interference between these two services operating on the same channel can span over very large distances, in some cases up to 500 km. This means that affected DTT channels would need to be cleared before the mobile service can launch, a consequence that also applies to PMSE applications used for audio production. Neither of these applications will be able to share any band with mobile services in a given country. In contrast, PMSE and DTT currently do successfully share frequencies on a geographical coordination basis.

Bad compromises must be avoided

Despite this practical evidence, which is supported by technically sound simulation data, a small number of representatives in ITU circles insist that these estimations are exaggerated and claim that the required separation distances between mobile networks and DTT networks can be much shorter. While technical evidence for such claims is lacking, the intention is clearly to promote regulatory actions at the WRC-23 that would open the sub-700 MHz band to the mobile services. As the process calls for consensus among more than 120 countries, with some adopting uncompromising positions, progress is slow.

As a representative of public service media, the EBU is one of the main contributors to the ITU process and has been praised for its constructive engagement as well as the technical standard of its work. The EBU remains committed to the process that seeks to find a compromise in advance of the all-important WRC-23 conference, but without compromising the technical quality of the study results.

The EBU's WRC-23 preparations and next steps (September 2021)