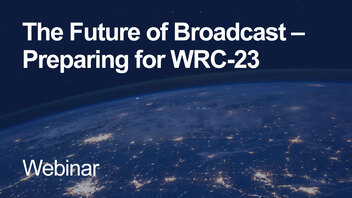 This webinar explained the EBU's position regarding the future use of the 470-694 MHz spectrum, and our preparations for WRC-23.

ITU World Radiocommunications Conferences (WRC) coordinate the global usage of radio-frequency spectrum. A WRC is held every 3–5 years, with the next one scheduled for 2023 (WRC-23). One the items scheduled for review at this 2023 conference is the future use of the 470–694 MHz band – spectrum that is used by most EBU member broadcasters for the distribution of linear television services in the form of digital terrestrial television (DTT, using DVB-T/T2 technology), and for audio PMSE for content production.

The EBU's working groups have developed a common position on the future use of this band (approved by the EBU Technical Committee on 19 January 2021). It reflects the different needs of EBU Members regarding the distribution of their audiovisual content and services and the possibility to cater to the changing habits and expectations of users when consuming media.

The webinar will explain the EBU position, the work accomplished so far and the studies that still need to be done. An overview of other WRC-23 agenda items that are important to EBU Members will also be provided. 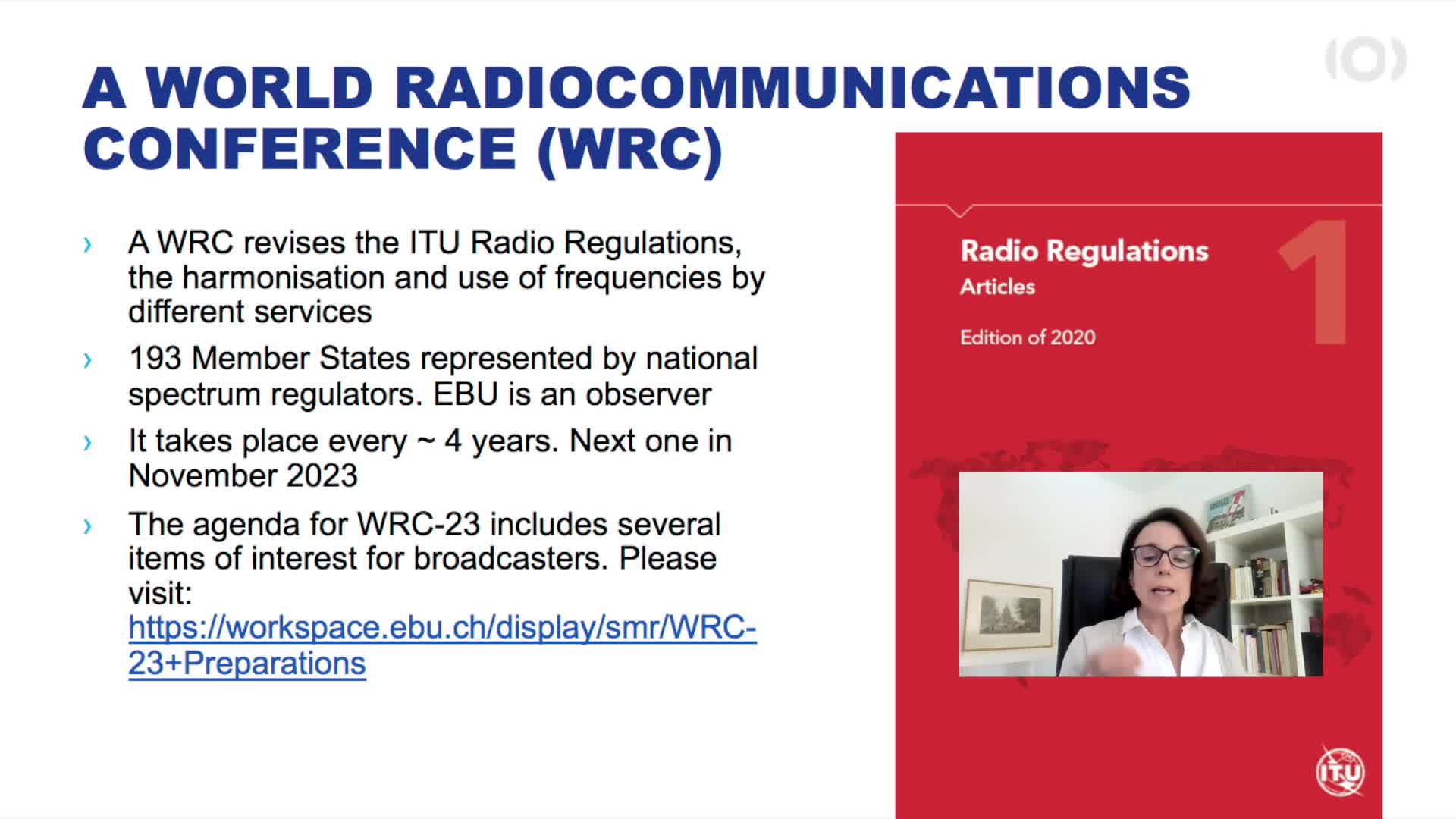 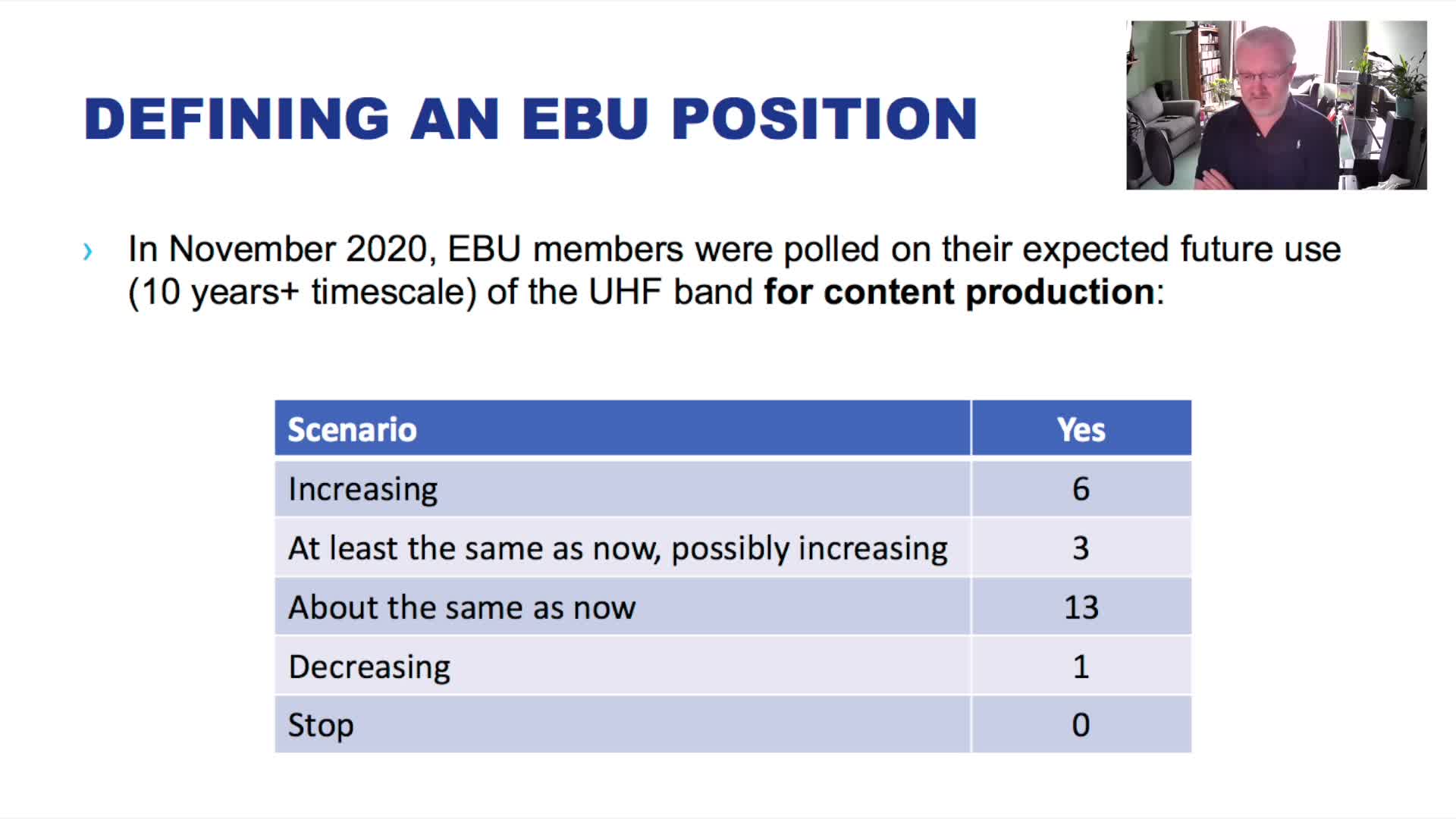 How EU institutions are working towards WRC-23 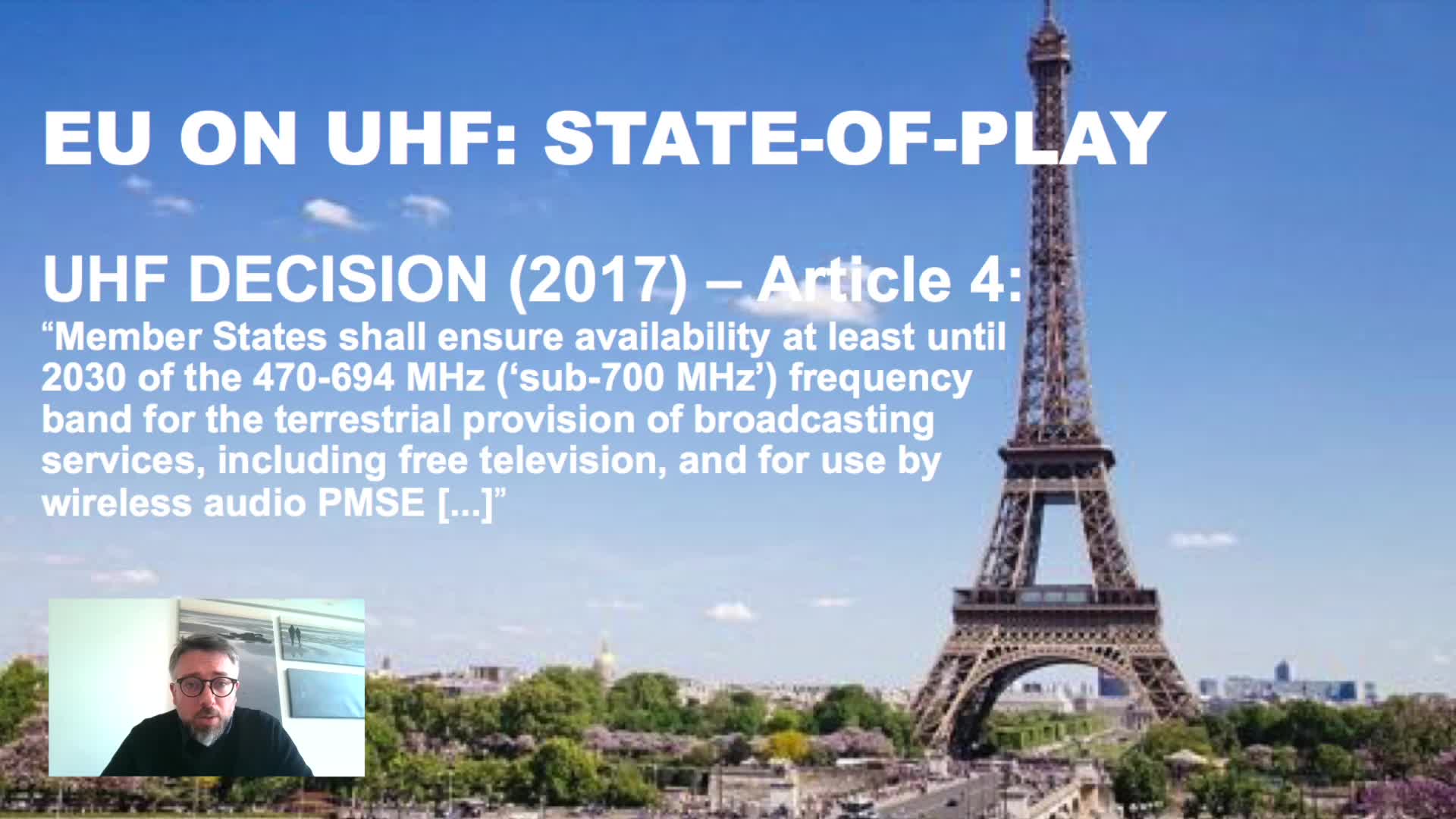 How CEPT and ITU prepare country positions for WRC-23 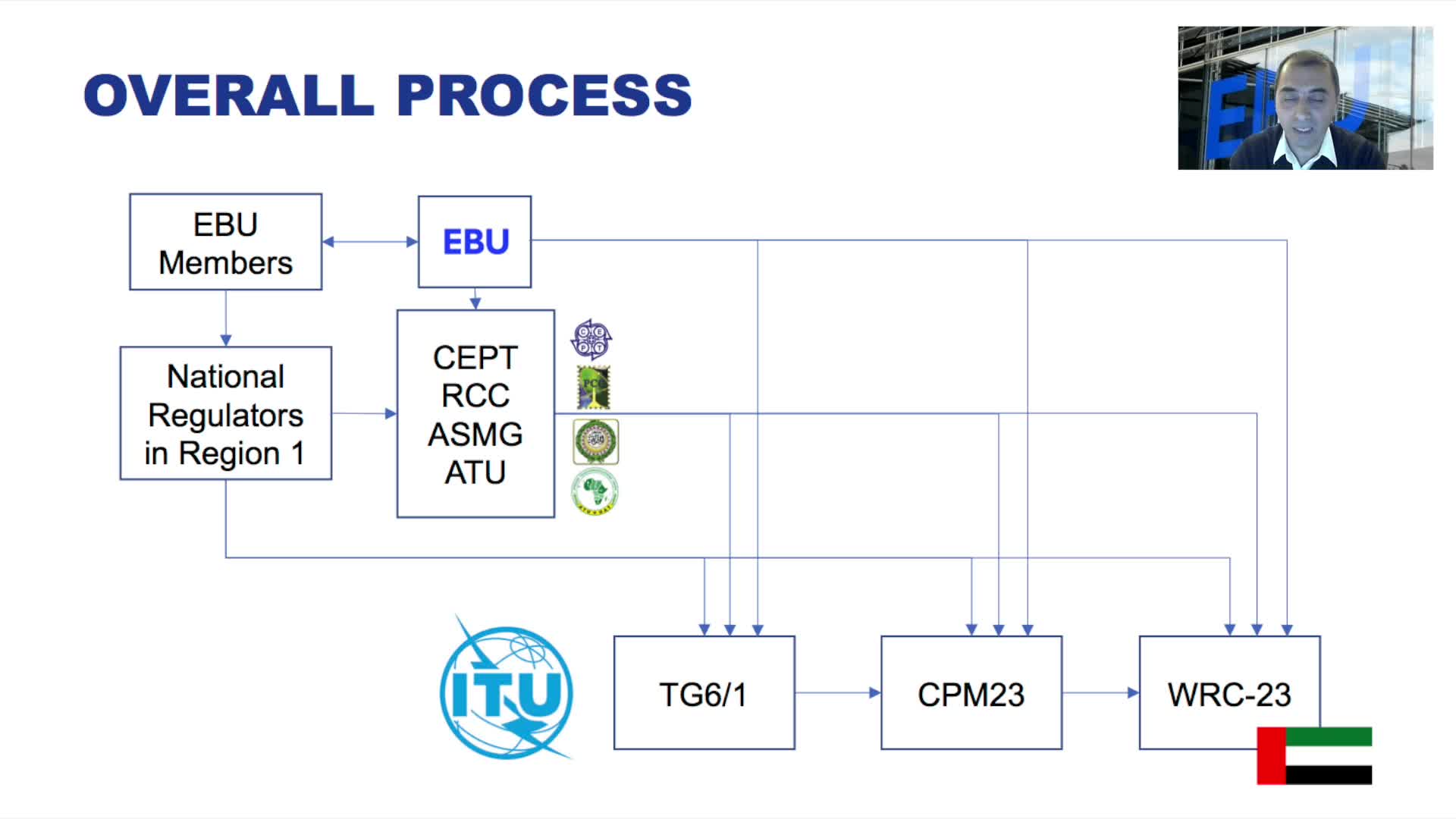 On the EBU proposal for EBU Members’ positioning at WRC-23 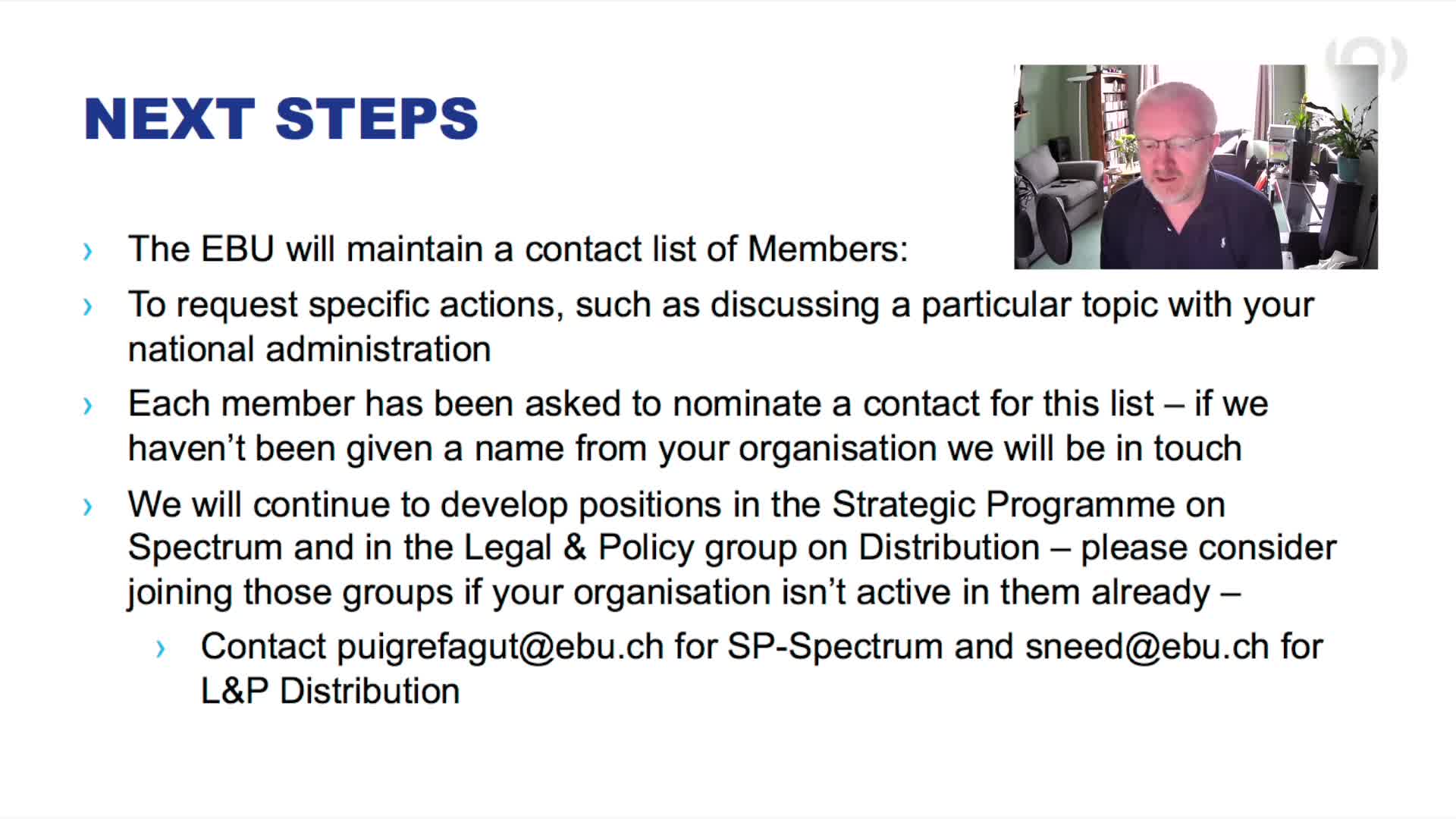 This webinar is open to EBU members (employees of most public media organisations in Europe and beyond).