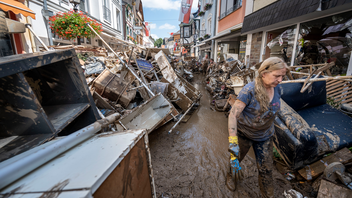 On the night of 14 to 15 July, the water came – a lot of water. The Ahr river in the west of Germany, usually peaceful and just 60 cm deep, became an all-devouring monster. At 19:00 the historic high of 3.21 m was exceeded. One hour later, the uppermost measuring point was overrun. The last value transmitted before the measurement system failed was 5m. The presumed highest level during the night was about 7 m.

The disaster alarm was triggered. The masses of water indiscriminately washed away people, houses, bridges, and rail tracks, flooding large parts of the region. All in all, the floods caused a death toll of 133 people, injuring hundreds more and affecting 42,000 in total, among whom 17,000 lost nearly everything.

The situation was aggravated by the fact that the power supply quickly failed and, as a result, the mobile networks as well as the digital PPDR (public protection and disaster relief) networks collapsed. In the end, only the elevated analogue PPDR systems and the broadcast transmitters remained as means of communication. In particular, audio broadcasting was important to inform, help and – yes, very important – bolster people in such an existential crisis. People used their battery-operated radios or went to their hopefully still existing cars, switched on their receivers, and listened.

Many of the mobile base stations in the area were down, either due to the flood itself or due to power outages. Mobile networks are commercially driven network infrastructures without obligations to maintain operation in such adverse circumstances. As a consequence, there are no substantial battery backups, no mains replacement systems, and no resilient infrastructure to maintain operation.

In contrast, many broadcast transmitters could rely on their diesel engines, two-way transmission links, and further emergency operation facilities like on-site redundancy equipment.

A lesson definitively learned from the catastrophe was that the widespread and intensively used smartphones carried in every pocket became useless as the mobile networks went down. These devices are capable of receiving not only audiovisual content but also graphics and data in order to display, for example, weather maps, evacuation routes or videos on where to shelter and protect others and yourself. In principle, these devices could enable much richer and more comprehensive emergency messages than traditional audio broadcasting.

5G Broadcast - referring here to LTE-based 5G Terrestrial Broadcast – can be a solution as it is a fully self-contained broadcasting network that can rely on the existing well- established emergency transmitting functionalities described above. At the receiver side, smartphones can easily be charged with a powerbank or by using the car battery.

Many broadcasters are considering the introduction of 5G Broadcast as a new technology to address, in particular, smartphones and tablets. This would result in a “unique selling proposition” as it would be the only public system capable of transmitting to and being received on these devices for a couple of days – even under catastrophic conditions.

And don’t forget the hearing- impaired: they could tremendously benefit from such a system, that uses simultaneously voice and video as a communication means.

Climate change will increase the occurrence of disasters like floods, fires, snowstorms or even tornadoes in Europe. 5G Broadcast can at least mitigate communication blackouts.

This article was first published in issue 50 of tech-i magazine. 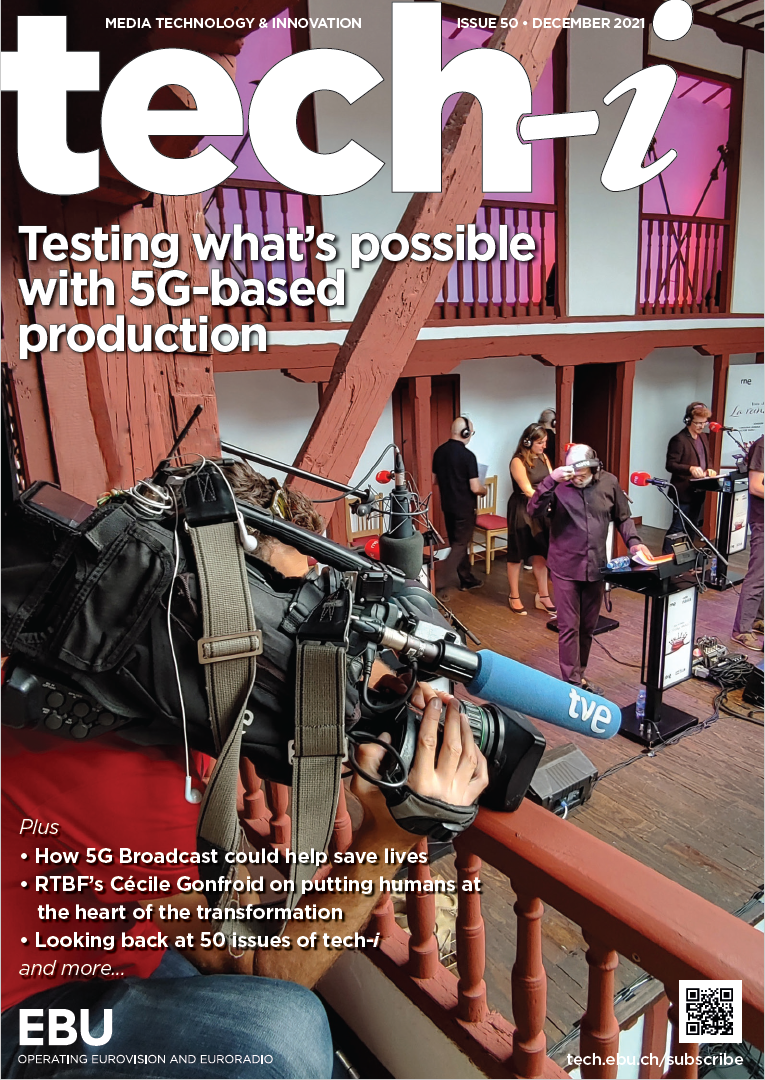