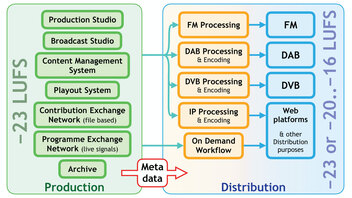 We are loud again! Well, we have never been quiet, frankly. We being the intrepid EBU loudness gang PLOUD, which recently celebrated its 13th anniversary. And being loud and active has always been our forte.

This time, the efforts of a core team of loudness fanatics, under the subgroup chairmanship of Wolfgang Rein (SWR) concentrated on loudness in radio. There, the shift away from peak normalization has had a slower start than in television. One of the reasons is the heterogeneous distribution landscape, with analogue FM services still omnipresent in most countries. Also, the ‘loudness war’, with its most severe manifestation in pop and rock music, affected radio more than television. A few PLOUD members working in public radio stations eventually suggested a separate loudness document to emphasize the intricacies of radio workflows and programmes.

One central mantra must be stated clearly: in essence there is no difference between television and radio (or any other sector, for that matter) when it comes to loudness normalization replacing the peak paradigm. Programmes and often also parts of them (like individual music tracks) are generally produced and/or normalized to the same loudness level of −23 LUFS. Period. Let that sink in for a moment.
Before anyone dismisses this level as way too low for the FM world, consider the crucial link within this ecosystem: alignment, meaning the alignment of the studio level to the nominal deviation of the FM carrier. Without this information, any statement about loudness levels for FM is utterly useless!

Consequently, producing at −23 LUFS does not mean that the level experienced by the audience is necessarily lower than before. If the alignment is adapted accordingly, the consumers get the same average loudness level, but can enjoy a much-improved balance of programmes, elements and dynamic quality. The latter is a major benefit, especially for stations with, for example, classical music or popular music from before the outbreak of the loudness war (pre-1990s).

Generally, the main message of the radio loudness group is the clear distinction between production and distribution. These areas should be treated separately, with a ‘generic’ programme at −23 LUFS being tailored to diverse distribution platforms (like FM, DAB, web streaming, etc.). Tri- media environments (television, radio, online) can now be served with freely interchangeable content as far as loudness levels are concerned, considerably simplifying this exchange.

Concerns specific to radio include: keeping the level relationship between, for example, movements of a symphony when broadcasting the whole composition vs. adapting the level of individual movements in different contexts; or using the same philosophy for a complete pop/rock/jazz music album to keep the artistically intended level relationship between the tracks (‘album normalization’); different values for the permissible music loudness level in relationship to the voice, depending on the format of the programme (for example, news, morning show, evening concert, radio drama, etc.). These are aesthetic choices that should not be universally cast into a rule or recommendation and are covered in chapter 7 of Tech 3401 (on use cases).

This brings us to the published documents. The set of supplements to the core loudness recommendation R 128 is extended with a third on Loudness in Radio, characterized by the same concise set of directives as the mother document. The aforementioned Tech 3401 Guidelines for Radio Production and Distribution in accordance with R 128 provides more in-depth advice how to manoeuvre through the transition to a loudness-based radio world. The count of PLOUD loudness documents is now at nine, all available via tech.ebu.ch/loudness.

This article was first published in issue 49 of tech-i magazine.

This article first appeared in our quarterly magazine. 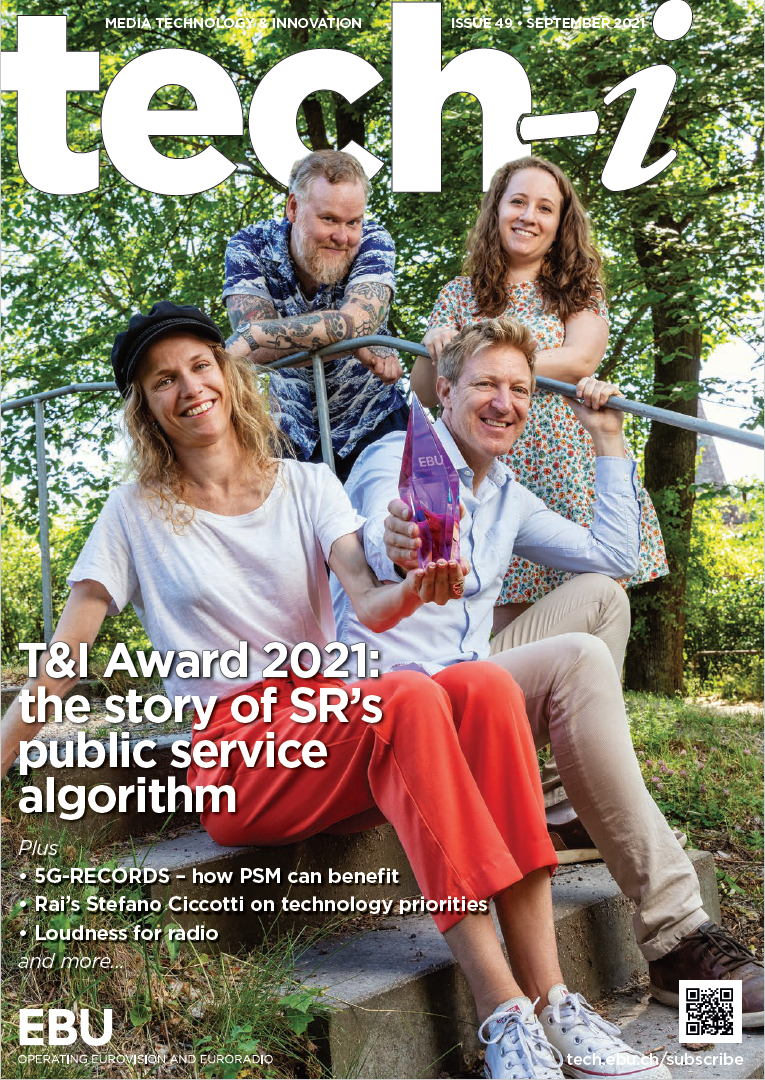