EBU seeks the best solution for broadcasters at WRC-19 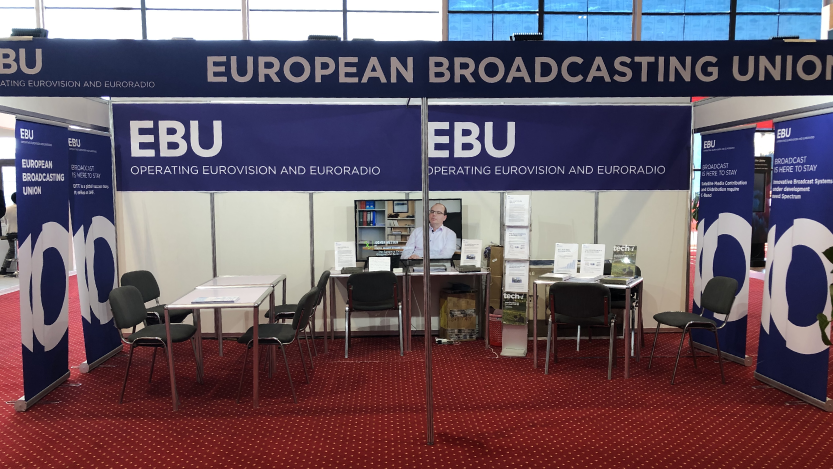 Running for the month of November in Sharm el-Sheikh, Egypt, the ITU’s World Radiocommunication Conference meets approximately every four years, bringing together the world’s national spectrum administrators to coordinate the allocation of spectrum to different applications. As there is more demand than there is spectrum available, it is a significant challenge to coordinate and prioritize these demands. The EBU has a strong presence at the conference to observe the discussions and advocate on behalf of its Members.

With the growth of mobile telecommunications services, and the significant resources mobilized by that industry, WRC-19 will discuss the insatiable appetite for 5G spectrum and how this might be satisfied. The EBU has been closely following and participating in innovations in the media distribution space, with much work on advanced 5G-based and other techniques to the fore. Alongside these advances, the media community continues to rely heavily on valuable spectrum resources to reach millions of viewers and listeners every day, notably on digital terrestrial television (DTT).

But the story is more complex than the distribution of media, with spectrum also a vital component of the contribution circuits that bring live sports to viewers and listeners, and the wireless microphone and camera links that these and other events rely on.

Looking beyond media, WRC-19 must also factor in the requirements of aeronautical, naval, military and other users, to secure the life blood that spectrum represents for applications on which citizens rely every day.

For the EBU, there are three clear priorities for this year’s WRC-19 conference. (See Tech Fact Sheet: EBU position for WRC-19.)

Firstly, the EBU will continue to work actively in spectrum studies to enrich the considerable efforts undertaken by everyone involved in ITU study cycles as they prepared WRC-19. This work concentrates on planning and compatibility studies for media applications in several radio frequency bands and addressing the challenges of some applications – like LED lighting or large-scale wireless charging – interfering into media-centric ones.

Secondly, and with specific reference to this year’s conference, the EBU is supporting the currently proposed agenda item for the 2023 conference on appropriate studies into the use of the entire 470-960 MHz band, including, but not limited to, digital television and mobile applications in these bands.

Finally, the EBU continues to stress the importance of C-band for media applications and will actively support this position in the discussions that might seek to alter the current use of C-band in favour of other applications.

The EBU will continue to update its stakeholders on the developments at WRC-19. It will also hold a special WRC-19/23 review workshop in Geneva on 21 January 2020.