Easy NGA implementations with C++ library from BBC and IRT 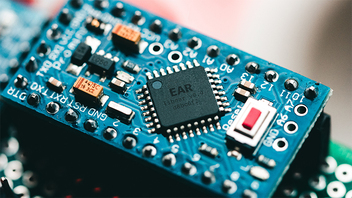 BBC R&D and IRT have released a C++ library of the open EBU ADM Renderer (EAR), making it much easier for creators of production solutions to implement Next Generation Audio capabilities in their products. The ‘libear’ (a conflation of the terms library and EAR) is a collaboration of the two R&D centres under the EBU umbrella. The libear C++ library is available on GitHub under the permissive Apache 2.0 license.

Previously, the EAR – and the ITU ADM Renderer, which incorporates the EAR – were only available as a Python implementation. This made it easy for developers to experiment with the capabilities of the renderer. But it also required original code to be developed from scratch for a proper implementation. The libear removes that need.

The libear natively interprets ADM metadata as specified in ITU-R BS.2076 (which incorporates EBU Tech 3364). It is best used in conjunction with two related open-source C++ libraries, libbw64 and libadm, both developed by IRT, to complete the required set of functions for production solutions.

The direct path to NGA

Next Generation Audio can deliver fully immersive (360 degree) experiences for cinemas, home theatres and headphones, with multilingual content and access services, all wrapped up in a single package that is adaptable to any playout scenario. The technology is a departure from channel-based surround sound systems in that it uses metadata to define the positioning of audio components in time and the soundscape. Better compression codecs and the intelligent use of audio material also allow the new technology to deliver a particular service with less bandwidth than older systems.

More from IRT on the libear

More from BBC R&D on the libear

Earlier this year, the EBU community responded to a request from colleagues at the Lebanese broadcasters for urgently needed ENG equipment.