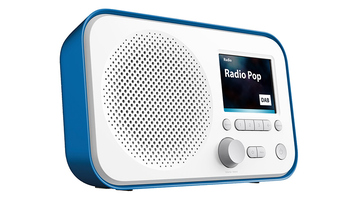 The European Broadcasting Union (EBU) is partnering with PILOT, an innovation initiative of the National Association of Broadcasters (NAB), to co-fund the development of a prototype voice-controlled hybrid radio. Hybrid radio combines broadcast radio with internet connectivity to provide compelling user experiences, such as adding voice controls. The prototype is being unveiled and demonstrated today in the EBU stand (Hall 10, booth F20) at IBC2018.

The prototype developed under this joint project shows how existing voice assistants such as Amazon Alexa and Google Assistant can be utilized to make smart decisions about the best way to listen to a radio station. The technology can apply the voice commands of a listener to determine whether to use over-the-air (OTA) or streaming to tune the station based on broadcaster parameters and the available hardware in the device. With success, PILOT and the EBU intend to release the proof of concept code on a royalty-free basis to manufacturers for use in production implementations of voice assistant devices.

The EBU’s Ben Poor welcomed the joint project, saying that “radio reaches 85 percent of European citizens every week, overwhelmingly through free-to-air broadcast FM and DAB+. But smart speakers and other voice-controlled devices are becoming an important platform for innovation in radio. By demonstrating that combining the best of broadcast and the internet generates value for both content producers and audiences, the EBU and NAB are working to ensure that the vital role of radio and its benefits for communities and societies are maintained.”

NAB Executive Vice President and Chief Technology Officer Sam Matheny said: “Voice control and smart speakers are experiencing tremendous growth in popularity, and this prototype effort demonstrates how hybrid radio and OTA delivery can be a part of this evolution. We are delighted to partner with our friends at the EBU on this collaboration and we believe it can benefit broadcasters around the globe.

At IBC2018, the EBU stand is located in Hall 10, location F20. Following IBC2018, PILOT plans to demonstrate the prototype voice-controlled hybrid radio at the 2018 Radio Show in Orlando, Florida (September 25-28).

PILOT is a coalition of innovators, educators and advocates dedicated to advancing broadcast technology and cultivating new media opportunities. PILOT propels broadcast television and radio into the future. It provides a platform for innovation, an engine for incubation, a venue for testing new technologies and a forum for broadcaster education. Learn more at www.nabpilot.org.

The National Association of Broadcasters is the premier advocacy association for America's broadcasters. NAB advances radio and television interests in legislative, regulatory and public affairs. Through advocacy, education and innovation, NAB enables broadcasters to best serve their communities, strengthen their businesses and seize new opportunities in the digital age. Learn more at www.nab.org.

The European Broadcasting Union (EBU) is the world’s foremost alliance of public service media (PSM). Our mission is to make PSM indispensable. We have 119 member organizations in 56 countries in Europe, and an additional 33 Associates in Asia, Africa, Australasia and the Americas. Our Members operate nearly 2,000 television and radio channels alongside numerous online platforms. Together, they reach audiences of more than one billion people around the world, broadcasting in more than 160 languages. We strive to secure a sustainable future for public service media, provide our Members with world-class content from news to sports and music, and build on our founding ethos of solidarity and co-operation to create a centre for learning and sharing. Eurovision Services, our business arm, has an outstanding global reputation and is the first choice media services provider for many media organizations and sport federations around the world.

We have offices in Brussels, Rome, Dubai, Moscow, New York, Washington DC, Singapore and Beijing. Our headquarters are in Geneva. Discover more about the EBU on www.ebu.ch.