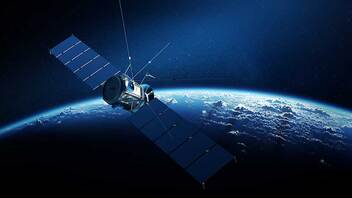 The World Broadcasting Unions (WBU) is calling on regulators and satellite operators around the world to work together to protect the upper part of the C-Band, a frequency range used predominantly for satellite downlinks. The European Broadcasting Union is a member organization of the WBU, the coordinating body for broadcasting unions representing broadcaster networks around the globe.

In a recent position paper, the WBU writes that crucial C-Band frequencies used for satellite services are coming under threat from terrestrial and mobile services licensed to operate on adjacent frequencies. Broadcasters are reporting interference of such services with the fragile signals received from geostationary satellites, the WBU notes.

Interference with satellite downlink signals can cause large-scale service disruptions. So-called Fixed Satellite Services (FSS) in the C-Band are an integral and cost-effective part of many broadcast supply chains, allowing broadcasters to deliver their services across large distances. But as most countries don't require the receive-only sites for these services to be registered, the operators often have little recourse when problems occur, says the WBU.

The EUROVISION satellite network also makes extensive use of the C-Band, in particular of the 3,600-4,200 MHz band, for coverage in Asia, Africa and America.

In its position paper the WBU also warns that a potential allocation of further C-band spectrum to mobile services would bring “chaos to the economics of broadcasting by satellite, potentially interrupting services to audiences around the world.” The C-Band downlink frequencies between 3,400-4,200 MHz are used extensively for FSS applications throughout the world and “will continue to be used for the foreseeable future, in particular above 3,600 MHz”, the WBU writes.