Improving subtitling: it's about time 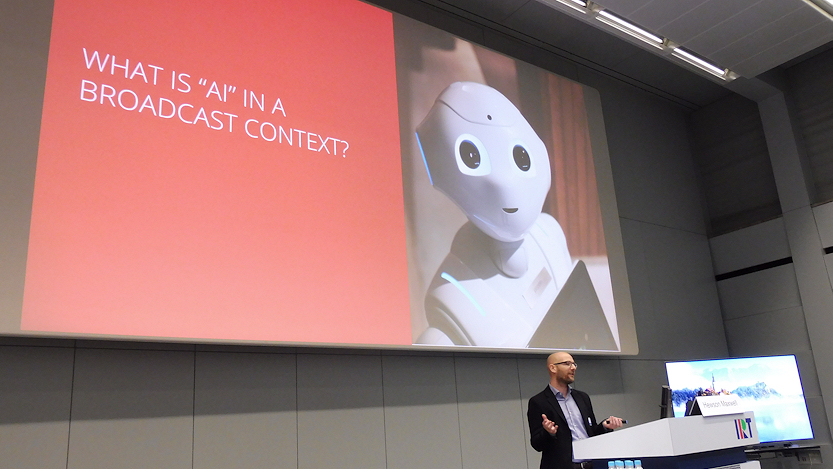 According to Hewson Maxwell (Red Bee Media), fully automated, AI-based subtitling is not on the radar, but machine learning can help.

European public service media have long led the way in making their programmes accessible for people with sensory disabilities and for speakers of foreign languages. The most popular service for both is subtitling: on average over 66 percent of EBU Members' content is provided with subtitles (figures from 2016).

Subtitling received a strong boost with the invention of Teletext subtitling in the mid 1970s. The technology was a huge leap forward, and while its feature set seems rudimentary now with regards to colours, fonts, and other options, Teletext addressed broadcasters' needs quite well for nearly four decades and has become fairly entrenched as a consequence. Many broadcasters rely on Teletext-based technology for the production and distribution of subtitles to this day. But better options now exist.

The EBU and several of its Members have been working on improving subtitling technology since 2003, adapting it to new video standards – such as HD, UHD and HDR – and adding features that respond to audiences needs – such as a personalizeable appearance of subtitles and the capability to render appropriately on mobile devices.

The growing consumption of online content has rekindled interest in new subtitling formats over the past decade, both among European broadcasters and in the US, where FCC legislation and the rise of new OTT players have given the topic a boost.

The most popular new format in Europe is the EBU-TT-D subtitling distribution format, of which version 1.0.1 was recently published. International cooperation has resulted in the creation of the W3C IMSC Recommendation, which is a superset of EBU-TT-D. Most of the technical innovations around subtitling formats are now converging on IMSC, with the notable exception of WebVTT, which is supported by browser vendors and also a W3C project. The new DVB TTML Subtitling specification, published by ETSI in May 2018, references both EBU-TT-D and IMSC, effectively ensuring that broadcasters can provide subtitles using the simpler EBU-TT-D format, whilst profiting from the availability of IMSC compliant products. 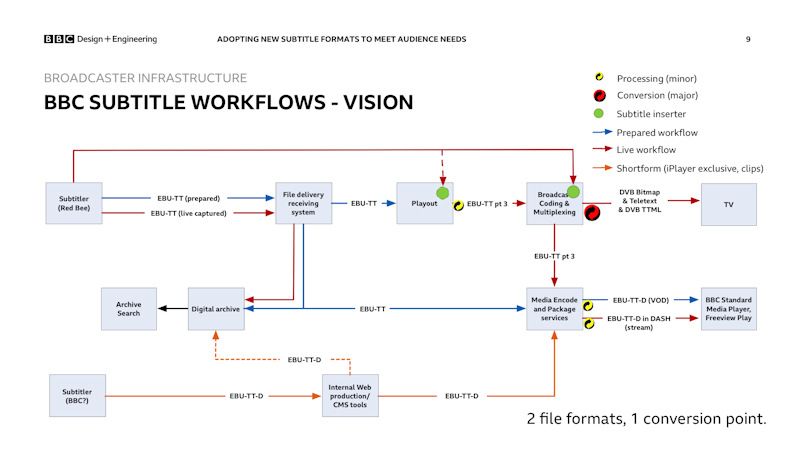 Example of a broadcaster's workflow using the latest subtitling formats, as presented during SubTech1.

The lowdown on subs at SubTech1

At the recent IRT-organized SubTech1 symposium in Munich, speakers from all over the world reflected on the state of the art in subtitling and how to advance the technology. Because, in the end, it is all about timing: Without a business driver, a new format will not be adopted. But standardization takes time, especially in the international context, so business needs must be anticipated. The conclusions from the event can be summarized as follows:

Read up and get involved

The presentations of the SubTech1 event are available online. If you need more information, or if you would like to observe or join the work in this domain, please contact or join the EBU Timed Text Group (no EBU Membership required).