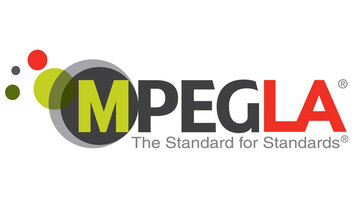 The Director of Global Licensing at MPEG-LA, Allen Harkness, will be speaking at the EBU's BroadThinking seminar next week, when he will explain his organization's proposed licensing terms for the DASH streaming format. The scheme, a departure from more traditional licensing models, caused some debate across the industry when it was announced last year.

Harkness describes the DASH Patent Portfolio License as a convenient solution for content providers: "It enables users to obtain patent rights from many patent owners in a single transaction as an alternative to negotiating separate licenses with each of them." Content providers and CE manufacturers, on the other hand, fear that the terms could have a negative impact on market uptake of MPEG-DASH.

DASH (Dynamic Adaptive Streaming over HTTP) is able to handle changing network conditions by continuously adjusting the bitrate for streaming content sent from server (usually the content provider) to client (the device on which the content is viewed). Like other protocols, the technology incorporates intellectual property held by several commercial enterprises.

Allen Harkness will explain the DASH licensing terms at 14:00 on the first day of BroadThinking. There will be time for questions and a discussion. His presentation is part of a whole session dedicated to streaming technologies; other BroadThinking session topics include 5G, CDNs and media players. The event takes place on 3-4 May at EBU headquarters in Geneva.