FM switch-off begins in Norway; UK and Switzerland may be next 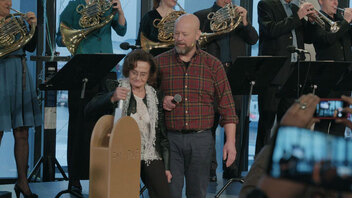 With the switch-off yesterday, at 11:11, of the FM transmitter in the Arctic county of Nordland, Norway became the first country in the world to initiate analogue switch-off (ASO) in radio. Both public and commercial services are now broadcast only on DAB+.

The ASO process will continue in Norway throughout 2017, with the final regions to end FM transmissions in December. With many countries yet to launch digital radio services and indeed some Nordic countries having abandoned plans to do so, Norway's move represents a significant step.

The EBU's Head of Radio Graham Dixon spoke at the switch-off ceremony. "As FM is extinguished and DAB becomes the backbone of radio reception - it is a historic moment," he said. "Norway has been working over two decades with considerable energy to achieve this, starting with the launch back in the 1990s of the first digital-only stations, non-stop classical music and news.”

Patrick Hannon, President of WorldDAB, welcomed the move as a hugely important milestone for the radio industry. He said, "with the start of the switch-over process, Norway is sending a clear signal across the world that the future of radio is digital."

The countries that seem most likely to reach this milestone next are the UK and Switzerland. In the former, industry observers suggest a tipping point in “digital radio consumption” (consumption of digital broadcast and online radio) should be reached sometime in 2018, while Switzerland has plans to start switching off FM from 2020. In both countries, as in Norway, the respective EBU Members have been instrumental in deploying digital radio services and driving the move to ASO.

The DAB family of standards was pioneered in the EBU by a broadcast community seeking to build a solid future for radio. The EBU was instrumental in setting up the WorldDAB organization that specifies and promotes the standards. As a founding member of the European Digital Radio Alliance, the EBU continues to advocate strongly for the tranisition to digital radio. To aid that transition, the EBU has been a pioneer in technologies such as RadioDNS where the benefits of visualization and EPG can be brought to digital or FM radio receivers with an internet connection.

Norway’s initial experiences with ASO, the question of who might be next, and the technologies and services that underlie these movements in radio will be discussed at this year’s Digital Radio Summit (Geneva, 08/02/17).