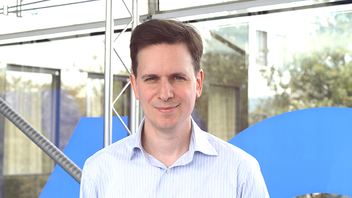 The EBU is pleased to announce that Mathias Coinchon has been appointed as the Swiss Public Broadcaster (RTS)’s new Chief Technology Officer.
Mathias has been with the EBU for nearly 10 years and has contributed much to the landscape of digital radio and Audio/Video Contribution over IP. He has extensive experience in the media technology sector, has pioneered the use of Open Source software in the EBU, and has been a key developer of Hybrid Radio.
As Peter Mac Avock, Senior Manager, EBU Technology & Innovation said, “Although the Technology & Innovation Department and our Members will be sad to see him go, we are happy to know that he will still be part of our EBU Community at RTS. Mathias will remain with the EBU until late summer, and while he will be hard to replace, we will work together to ensure we retain a high quality of service for EBU Members. We wish him all the best as he takes up this fantastic new opportunity.”
In his new role Mathias will be responsible for a number of strategic projects in both radio and TV. Mathias will take up his new role in August 2016.