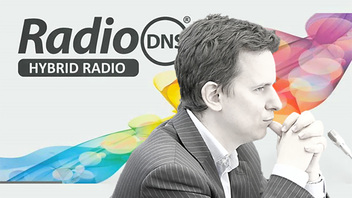 EBU Technology & Innovation’s Mathias Coinchon has been elected as the new Chair of RadioDNS at their 10th General Assembly.

RadioDNS is a global not-for-profit organization promoting open hybrid radio. Mathias Coinchon has been an avid supporter of hybrid radio within the European broadcasting sector, and is at the centre of EBU’s activities to deploy hybrid radio technologies based on RadioDNS amongst broadcasters around the world. EBU’s suite of hybrid radio tools can be found on EBU.io.

In addition to the new Chair, other new Members of the RadioDNS Steering Board were elected. A new Secretary, Floris Daelemans (VRT, Belgium) was put in place. Finally, Joe D’Angelo (DTS, USA) was elected after a strong contest between three nominees to the newly vacated Steering Board position.

More information can be found on RadioDNS.org and EBU.io. and our congratulations go out to all.