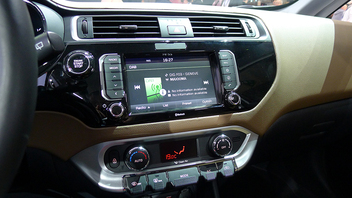 Current ITU World Radiocommunications Conference (WRC-15) discussions around spectrum are focused on television in the UHF bands, with VHF bands not directly implicated. In reality, radio is indirectly concerned as some observers point out that television allocation could be moved to VHF Band III if more UHF spectrum is allocated to mobile operators.
Were this to happen, it would be a disaster for digital radio. Spectrum allocated to DAB services after RRC-06 is already used in many European and Asian countries for DAB services. It will also be used in the future to rollout in the Middle East.
The most advanced DAB countries are seeing a shortage of spectrum in the amount already available for this. Many countries, like Switzerland, have had to transform their DVB VHF allocation into DAB. Band III remains the only band realistically available for DAB/DAB+ services across Europe. Terrestrial Radio Broadcasting Services must be allowed to evolve and be digitized while retaining their identity. In Europe, this evolution is occurring from AM/FM to DAB/DAB+ services.
European public radio broadcasters have an obligation to provide maximum geographic coverage, and maintain a high degree of social coverage. DAB/DAB + is the only possibility to address such social coverage. Further, with analogue switch-off of FM services planned in a number of European countries, a secured VHF allocation for radio is essential to foster the investments required to develop radio through the European area.
For more information, please also see the WorldDAB press release on the protection of spectrum dedicated to broadcast radio.