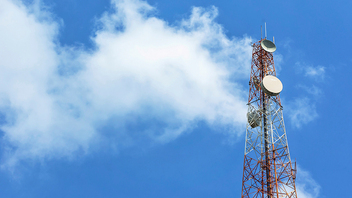 The European Broadcasting Union (EBU) welcomes today’s landmark decision by the ITU’s World Radiocommunication Conference (WRC-15) on the use of the UHF band.
Representatives of over 150 governments took the decision that UHF spectrum will remain exclusively allocated to terrestrial TV services in ITU “Region 1"* well into the next decade. Delegates reached this conclusion after deliberations over whether the lower UHF frequency band (470-694 MHz) should be retained for broadcasting only or also allocated to mobile broadband.
In their session today, representatives reached a consensus that this spectrum, currently used by broadcast services such as digital terrestrial TV [DTT] and radio microphones, is too important to be allocated to mobile services. They agreed that there would be no change to the allocation in the 470-694 MHz band either now, or at WRC-19 in four years’ time. Instead there will be a review of the spectrum use in the entire UHF band (470-960 MHz) at the WRC in 2023. Only then will it be decided whether to make further changes to the Radio Regulations. This added security will enable many countries in ITU Region 1 to continue with their digital switchover programmes without the risk of an impending change in use of the spectrum.
In discussions lasting four weeks, delegates stressed the importance for social cohesion of terrestrial television. For many governments, it is seen as a crucial driver of growth in the cultural sector. There has been considerable investment in DTT platforms in a number of countries, and further investments are planned. Other countries are still rolling out DTT networks with significant investments committed in the near future. The EBU appreciates the strong support to broadcasting shown by the national administrations and highlights the fact that today’s decision will provide regulatory certainty, and act as an incentive for further investment in DTT.
Reacting to the agreement, Simon Fell, EBU Director of Technology & Innovation said “The world-wide community of broadcasters welcomes this important WRC-15 decision. So should the millions of viewers who rely on DTT to watch TV. Now that we have certainty on access to spectrum, the broadcasting industry can complete the transition to fully digital television broadcasting. We can also continue to innovate, and ensure that everyone has access to the benefits that new digital services bring.”
European broadcasters also welcome the fact that a vast majority of EU Member States supported the decision to maintain the lower UHF frequency band for terrestrial broadcasting. The WRC-15 decision will have a positive impact at EU level, affirming the direction proposed in the Lamy Report in 2014 that DTT should continue until at least 2030.
*ITU Region 1 comprises Europe, Africa, the Middle East (west of the Persian Gulf), and the whole of the territory of Armenia, Azerbaijan, the Russian Federation, Georgia, Kazakhstan, Mongolia, Uzbekistan, Kyrgyzstan, Tajikistan, Turkmenistan, Turkey, and Ukraine. For a full list of ITU Region 1 countries see http://life.itu.int/radioclub/rr/itureg.htm.