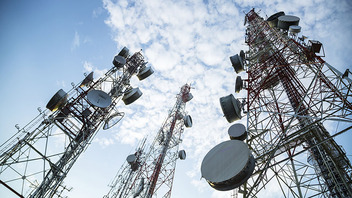 The European Internet Forum (EIF) played host to a lively debate on the future allocation of spectrum in Europe in the European Parliament on 29 September – with the EBU actively contributing to the discussions on behalf of public service broadcasters.
The event, moderated by MEP Gunnar Hökmark came against the backdrop of the upcoming World Radiocommunications Conference (WRC-15) in November 2015, which is expected to lead to important decisions on how spectrum is shared out among mobile and broadcasting services.
The combination of speakers from different industries with high-level representatives from the European Commission, national ministries and the European Parliament, provided a dynamic exchange of views between some of the main stakeholders involved in this debate.
Andreas Geiss, Head of the Radio Spectrum Unit of DG CONNECT, European Commission set the scene for the debate by suggesting that sectors with divergent positions should first ask themselves how they can best contribute to efficient spectrum management, before asking others to compromise.
In this context, Valerio Zingarelli (Chief Technology officer, RAI) speaking on behalf of the EBU, argued that future mobile data traffic growth can be addressed without compromising the future of DTT (Digital Terrestrial Television). He pointed to data showing most of mobile content is consumed using fixed networks and WiFi.
Mr Zingarelli reminded participants that TV remains a hugely popular medium and highlighted recent trends such as the increasing consumer demand for High Definition (HD) services and Ultra High Definition TV. The challenge is that these services require several times more bandwidth than Standard Definition TV, and are threatened by spectrum scarcity and risk of interference.
Looking ahead to WRC-15, Mr. Zingarelli reiterated that the EBU’s support for the recommendations of the Lamy Report of September 2014 on the future allocation of spectrum in Europe – namely, that the 700 MHz band should be released at the earliest in 2022, and the 500 and 600 MHz bands not before 2030, subject to an evaluation in 2025. He also stressed that any future decision on spectrum allocation must be based on a robust cost/benefit analysis and in-depth impact assessment on incumbent users and citizens.
Stakeholders stressed the crucial role of radio spectrum for the creative and cultural sector because terrestrial distribution offers citizens universal and affordable access to content.
A basic point on which all participants could agree was that radio spectrum is a scarce and valuable resource that needs to be managed in an efficient manner. There was a general consensus that non-interference and the co-existence of different services can best be achieved by different stakeholders working together.
The EBU will be hosting its annual Forecast event from 20 to 21 October in Geneva. This year’s event will be a unique opportunity to consolidate positions before WRC-15 and to discuss the future of broadcasting distribution. To register, click here.
The EIF is an independent and non-profit association that seeks to enable Members of the European Parliament to adequately respond to policy needs prompted by the digital revolution.