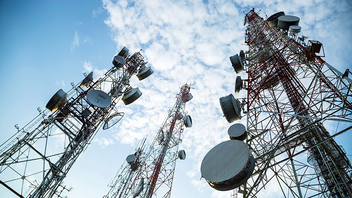 The mobile industry is exerting tremendous pressure in its quest to acquire the majority use of the UHF band. Everyone should be concerned because this band includes the main frequencies used for Digital Terrestrial Television (DTT) and so the future of free public access to terrestrial broadcasting is under threat. The broadcasting industry is working through the EBU to deal with this threat, but for those not directly involved in the work, it can be hard to understand what is going on and what the consequences may be.

How can DTT prosper? Which strategies could broadcasters deploy in the current changing media landscape? What are the positions in different regions of the world?

One particular topic is the imminent release of the 700 MHz band in certain European countries. Germany has been the first country to auction the band for International Mobile Telephony (IMT) use. But, how will Germany be able to release the band by 2019 and maintain its current DTT services? How will the protection of DTT from LTE interference be addressed?

The upcoming EBU Forecast seminar will provide a unique and timely platform to discuss these questions and understand what broadcasters are preparing for the next World Radiocommunications Conference (WRC-15).

Speakers include Jonathan Thompson, CEO of Digital UK, and Gilles Brégant, CEO of ANFR and RSPG Chairman, who will share their views and long standing experience of broadcasting and regulation.

An initial programme is already available. Do not miss the Early Bird discount deadline (registration before 14 September 2015).