tech-i news: How does publishing online affect our workflows and technology? 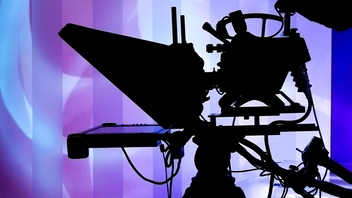 ROBERT AMLUNG (ZDF) TAKES A CLOSER LOOK AT SMART PRODUCTION
For broadcasters, publishing online is anything but new. Our first websites date back to the mid-90s, and they’ve become an integral part of our distribution environment.
But still, twenty years later, we are struggling to understand what this dubious online world is really all about, and many of us still see online as some add-on that has nothing to do with our core product: linear broadcasting.
In this article, based on a keynote for the EBU’s Production Technology Seminar in January, I’d like to develop three basic ideas about the influence the online world exerts on our classical business.

1. Publishing online is not just a change of technology. It’s a change in the way we as broadcasters conceive ourselves.

Let’s start with the obvious: for a broadcaster, the possibility to offer video content on-demand is the biggest change so far that comes with going online. In unprecedented ways, people now have an enormous choice of content right at their fingertips. The fragmentation of the audience, already heavy in linear, digital broadcasting, will increase even further.
Combined with the rise in bandwidth of the open Internet, the distribution world of TV is changing profoundly. Broadcast distribution always involved scarce resources, establishing a high entry barrier to the TV market. Now, the barriers are falling rapidly. And new players are beginning to seize these opportunities, entering “our market”.
Companies like Netflix, Amazon or Google challenge the traditional broadcast industry. With their money, speed and technical prowess they force change upon the incumbents. We have to redefine our products, because the content we are producing – especially for younger audiences – is going to change. The new players lead the way towards “projects that resonate powerfully with groups of people”, instead of “mega hits that appeal to huge audiences”, as Roy Price from Amazon Studios has recently put it.
Again, this is not fundamentally new. Channels for smaller target audiences are as old as cable TV. But in the online world with its limitless distribution channels, this trend is becoming much more forceful. Producing “House of Cards”, with its horizontal storyline specifically tailored to accommodate the needs of an on-demand audience, now makes economic sense.
But it’s not only distribution that is changing, it’s also devices. Again, especially for younger audiences, the dominance of the big TV screen is fading. Video is consumed on whatever device is on hand. There are many devices out there, nowadays.  And in most cases, these devices are computers using Android, iOS, MacOS or Windows. Or, to put it the other way round, they are not using any of the operating systems we know from the broadcast world.
For technical people in broadcasting, this is a big challenge. Many TV manufacturers and broadcast technicians are at odds with the implosion of their traditional TV dominated world.
They are not the only ones to be at odds. On the editorial side, there are challenges as well. The traditional One-To-Many of linear broadcasting is still there, and it’s still powerful. But it has lost its monopoly. Today, everyone can be a TV producer. The cost of equipment is low, and for distribution there is YouTube. So it’s no surprise that for certain younger age groups, YouTube stars are more important than people they know from TV. If they know people from TV at all… Surely many TV people don’t like this intrusion on their exclusive home turf.
So this is the way the digital world has been unfolding for a number of years now. Astonishingly, traditional media companies still struggle to adapt. Why?
There is one element I’d like to single out. We as broadcasters are on our way from being huge and ‘All-Important’ to become huge but only ‘also-important’. This seems a loss, to be avoided at all cost. So let me sum up my first chapter. We have to let go of our old self-perception as the undisputed leader of the media gang. Only if we fully and realistically embrace our new position in a diversified, heavily competitive digital market, will we be able to succeed.
Read Part 2 and 3 in our latest issue of tech-i magazine here…(pg. 9).