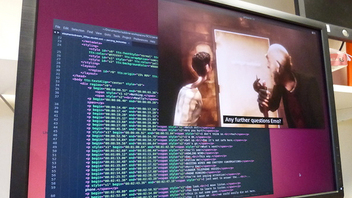 MPEG DASH is the BBC's preferred technology for future programme delivery via the Internet. To make these programmes as accessible online as they are on television, they need to be accompanied by high quality subtitling. To achieve this technically, the BBC has been performing tests on the EBU-TT-D subtitling format in an end-to-end context; literally making the subtitles flow (in DASH) from the broadcaster side to the viewer's screen.

The BBC testing has shown EBU-TT-D indeed provides the necessary functionality to allow end-to-end subtitle streaming. The tests were done with prepared subtitles, but as the EBU-TT-D was broken up in 10 second chunks, the approach should in principle work for live subtitling as well. Both prepared and live subtitling are of prime interest for the UK broadcaster.

The BBC will continue work on the use of EBU-TT-D, amongst others to test multiple regions support and live subtitles chunking and packaging. The broadcaster is also a very active contributor to the EBU's subtitling group which is currently focussing on providing a solution for the production of live subtitles; all as part of the EBU-TT family, of course!