HbbTV announced the release of the HbbTV 2.0 specification 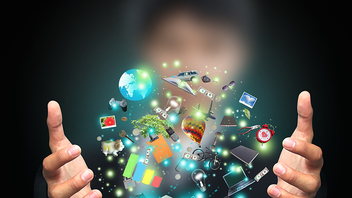 A landmark in standardisation

HbbTV 2.0 will bring new features to the hybrid TV space: HTML5, second screen synchronisation, advanced subtitling and other features that should enrich the options available to application developers and the consumers they serve.

Slated for product that would launch in early 2016, the HbbTV 2.0 specification is the target for migration of hybrid TV services in Italy and the UK where existing MHP and MHEG-5 services are popular. EBU remains an active and core participant in HbbTV activities, and administers the HbbTV Association at its Geneva Headquarters.

This year's BroadThinking event will focus on HbbTV.  At this key event, we’ll share best practices on current deployments of HbbTV including new functionalities of version 2.0 like the synchronisation of connected devices, live and on demand DASH support and HTML5 user interfaces. The event targets technology specialists and managers interested in deployment scenarios or migration paths. The event takes place at the EBU 18-19 March 2015. Spacing for the event are filling up fast.  Book your spot now to take advantage of our early bird rate. For more information click here.