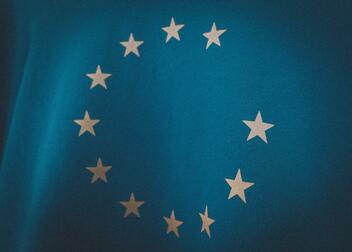 The European Union (EU), along with national and local governments have funding and free initiatives Members can tap into as a move towards Green Production. Some EBU Members are already part of these initiatives.

Creative Europe Media (https://eacea.ec.europa.eu/creative-europe/actions/media_en) - The MEDIA sub-programme of Creative Europe supports the EU film and audiovisual industries financially in the development, distribution and promotion of their work. It helps to launch projects with a European dimension and nurtures new technologies; it enables European films and audiovisual works including feature films, television drama, documentaries and new media to find markets beyond national and European borders; it funds training and film development schemes.

Climate Media Factory (http://www.climatemediafactory.de/) – Partially funded by European Union. They tackle the challenges in science communication through an integrated media creation process that immanently involves both climate scientists as well as media experts. As a critical dialogue partner, they have created award-winning solutions for the science-society and the science-policy interface together with governmental and scientific institutions, business clients and NGOs.

SAIL (Sustainable Arts In Leeds) – A regional members network with a vision of zero carbon/zero waste Cultural and Creative Arts sector in the City of Leeds (including TV & Film production and broadcast). One main objective is to create a blue print that can be shared with other cities and other sectors to create coordinated action on reducing emissions at sector/city level https://wearesail.org/. It is supported by a small local government grant.

These organizations provide free services and/or run through minimum donations.

albert (https://wearealbert.org/) - The creative industries offer the greatest opportunity to mobilise positive action for the planet. They are leading a charge against climate change; uniting the screen industries to make a positive environmental impact and inspiring audiences to act for a sustainable future.

Founded in 2011 and governed by an industry consortium, they support everyone working in film, TV and sports to understand their opportunities to create positive environmental change.

Cut It (https://cutit.org.uk/) - The climate and ecological emergencies call for decisive action from the film and television industry. They want to unite crew, HoD’s, producers, actors and industry bodies to dramatically cut CO2 emissions and waste.