New media technology on the agenda at Tech Retreat 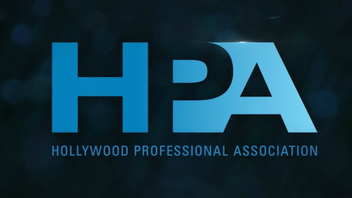 About 550 technology strategists and experts from around the world have been in California this week for the HPA Tech Retreat. Aside from more than 60 demos of new media technology prototypes and innovations, the conference programme concentrated on a range of topics in cinema, post-production, broadcasting and consumer electronics. Debates included second screen usage in cinemas and questions about the future of 3D (or not).

There were particularly intensive discussions around UHDTV and timescales for introducing 4k or 8k services. Causing considerable debate, Dr. Hans Hoffmann (pictured) of the EBU said in his presentation that the CE industry is mistakenly concentrating only on image resolution to push new displays. He said this would not be enough to deliver a better experience for consumers in the home: more would be needed, such as 3D audio, higher Dynamic Range and better colours.

The broadcasters' sessions concentrated on file-based delivery, quality control and tri-media production. New home devices on the horizon, such as flexible and wall-sized displays, will require broadcasters to change how they produce their content.

The spectrum debate is just as important in the US as in Europe. The ATSC's work on producing its third generation standard and the international FoBTV (Future of Broadcast TV) initiative were presented and discussed. All presenters agreed that the time is right to seek global consensus on the fundamental technologies for terrestrial distribution of content.

The various forecast sessions on consumer technology and professional technology  presented in a nutshell the biggest trends in all media domains. The post–production sessions revealed that the biggest challenges are in the managing of huge amounts of data, high speed networking, and high speed server systems.

There were also many European participants at HPA 2013, in particular from universities, research institutes and the supplier industry. It has clearly become an annual milestone conference for technology strategists and experts in the media field.

The next EBU Technology & Innovation event is our annual seminar where Broadcast meets Broadband at BroadThinking 2013.