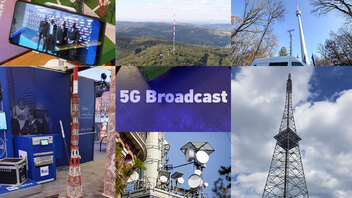 It was a first in the long history of the Eurovision Song Contest: A 5G Broadcast signal transmitted the event live and in high quality from sites in 4 European cities simultaneously. For now, only a select group of users with 5G Broadcast-enabled smartphones in Paris, Stuttgart, Turin, Vienna was able to see these transmissions. The aim is to change that, and to demonstrate, with those transmissions, the value this technology could bring to the media and millions of audience members.

5G Broadcast is a complementary distribution technology that can add value in a number of use-cases – one of which is access to live content for mass audiences on the go, with the possibility to receive free-to-air content even without a SIM card, no need to sign up to third-party services, and in a way that delivers efficiency gains for distribution infrastructures.

For the purposes of the 2022 ESC 5G Broadcast trials, the EBU and its Members SWR (Stuttgart), ORS Group (Vienna), France Télévisions (Paris) and RAI (Turin) teamed up with Eurovision services for the ESC signal logistics, Ateme for the encoding and streaming, Rohde & Schwarz for the transmission equipment, and Qualcomm for the prototype 5G Broadcast-compatible handsets. 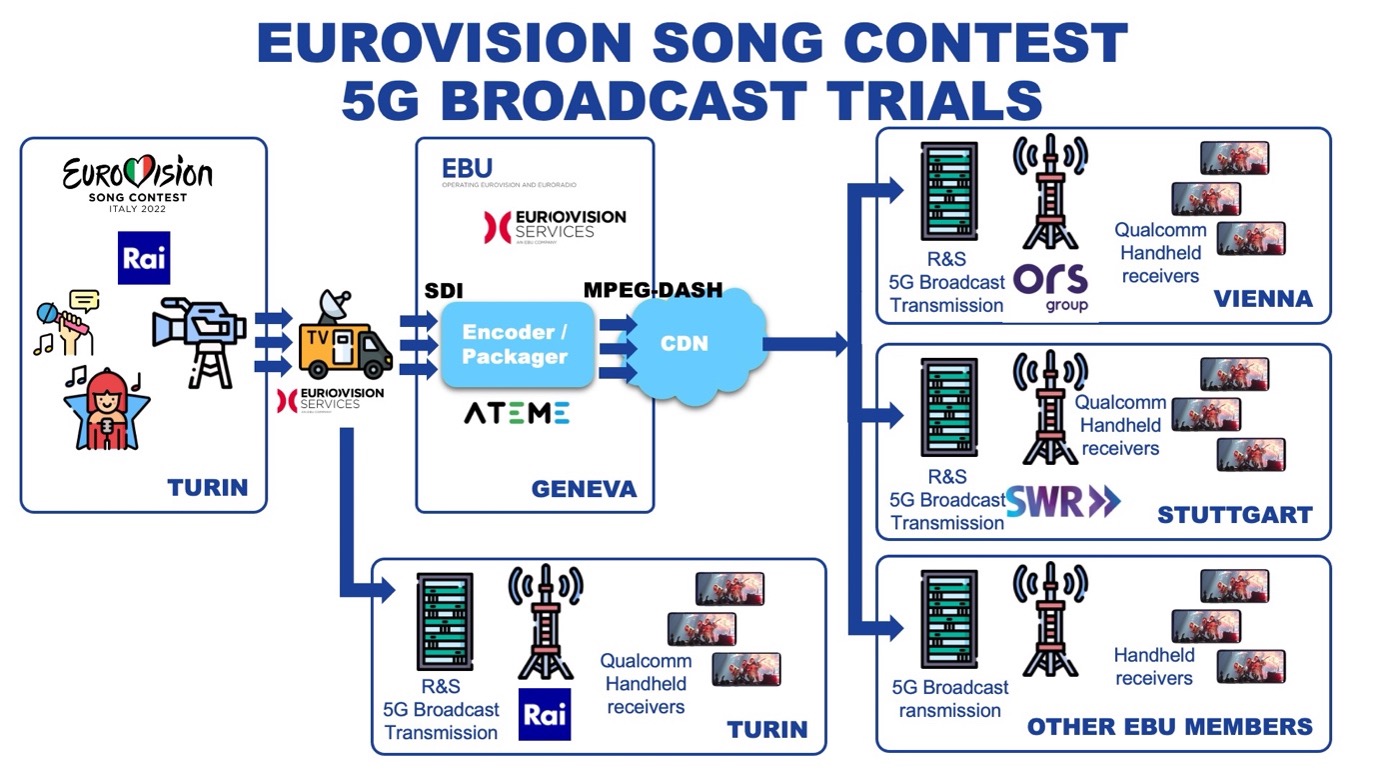 The engagement of EBU brings an opportunity to its Members to investigate how 5G-based technologies may offer new possibilities to deliver high quality media over mobile networks. With 5G Broadcast, these may include the potential for the broadcast community to exploit the power and resilience of their broadcasting infrastructure, the distribution of multimedia services to mobile devices and automotive platforms, or the possibility to operate resilient networks times of crisis for the emergency warning community.