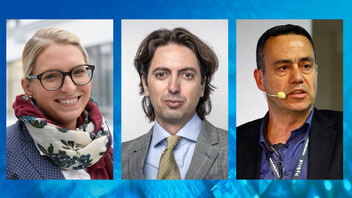 The EBU FORECAST conference returns in November to scan the media distribution horizon and identify which developments will matter most for the media industry and especially for public service media. Free for EBU Members and with a nominal fee for non-members, FORECAST is a must-attend event for anybody concerned with broadcast and online distribution of content.

The scene will be set with an opening keynote from Rebecca Glinka of Germany's funk, an online-only youth-focused content network. As funk's head of software development, distribution and analytics, Rebecca can provide unique insights from this pionering public service media venture. She will cover the reasons behind funk's success as an online-only channel and the impact of several choices made in its planning.

funk is a joint venture of ARD and ZDF. It is a standard-bearer for OTT-only services and provides many lessons on how similar services can be launched in other territories.

Another speaker whose contribution will be eagerly awaited is BBC's director of distribution and business development Kieran Clifton. He will focus on the topic of prominence on OTT platforms, a concern for media players everywhere. As the person responsible for how BBC secures its position on different media platforms, Kieran can explain how a large media organization tackles this challenge and explain the aspects that public broadcasters need to pay specific attention to.

He will be joined in a session focused on the challenges of OTT distribution by Yiannis Vougiouklakis, the chief technology officer of ERT. As the person responsible for the Greek broadcaster's OTT and new media operations – including the successful ertflix service – he will bring a valuable perspective from a different market context.

Other highlights from the programme will be insights into the current state of 5G standardization, an examination of the impact DVB-I is having in facilitating dual broadband and broadcast delivery, and an update on WRC-23 preparations, with the hot potato of the future of the UHF band.

Attendees can expect to learn about the state-of-the-art in media distribution technology, while panel discussions each day will provide an opportunity to identify and address the most pressing challenges in distribution, with contributions from a wide range of industry experts both from broadcasters and elsewhere.

This year’s conference is being held exclusively online, backed by the EBU's extensive expertise in running such events. Particular effort is being put into ensuring that the networking and informal exchanges that add such great value at physical event can be replicated as far as possible at FORECAST 2020.