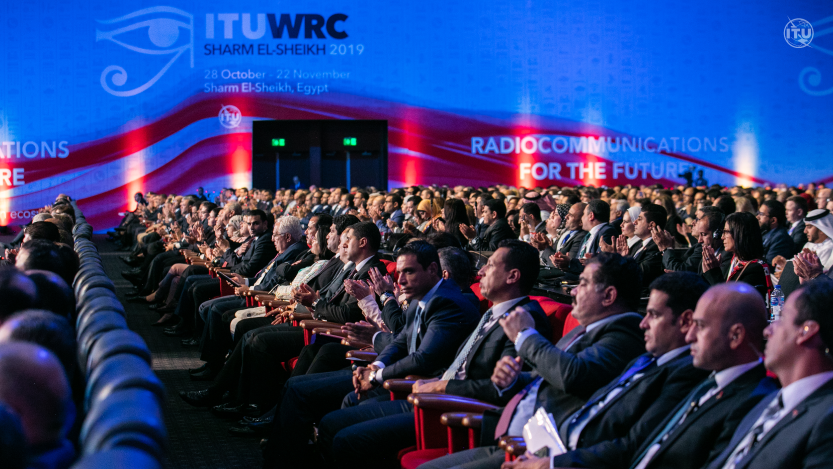 As WRC-19 approaches the end of the second week, EBU representatives are on heightened alert for unexpected inputs and compromises on issues of import to the broadcast and media communities.

Millions of television viewers around the world depend on terrestrial broadcasting (DTT). This is set to continue for some time to come. However, WRC discussions have a significant impact on DTT’s continued access to the spectrum it requires to function. In particular, the wording of a WRC-23 agenda item related to the use of UHF spectrum – under discussion this month at WRC-19 –is thus critical for the future of DTT services.

The event in Sharm el-Sheikh lasts for four weeks, with the first week dedicated primarily to planning and organizing work. The second week sees the various inputs analysed in greater detail, filtered and consolidated in drafting groups and informal discussions between administrations. The EBU’s formal status is that of observer but its representatives are engaged in discussions with CEPT (the European body), ASMG (the Arab body), ATU (the Africa body), RCC (the body for Russia and the surrounding countries) and the individual administrations.

Each WRC prepares the agenda for the next one: WRC-19 will prepare the agenda for WRC-23. An inventory of the sub-1 GHz UHF band is one of the most relevant agenda items for the 2023 conference. Currently, this band includes television broadcasting in 470-694 MHz, and mobile services in 800 MHz and 900 MHz. The 700 MHz portion of the band is in the process of being cleared across Europe in line with agreements made in the run up to WRC-15. Another element of that carefully balanced WRC-15 agreement between all the stakeholders was the aforementioned proposed WRC-23 agenda item.

The current WRC has received an input from some Arab States supporting a change in the WRC-23 UHF agenda item to propose a harmonized band in 470-694 MHz with a co-primary allocation to the mobile service with associated identification to IMT (International Mobile telecommunications systems, with 3GPP being the main component). This doesn’t have the support of the wider Arab States Spectrum Management Group (ASMG) but it remains on the table. On the other hand, some administrations would like to see the UHF item removed completely from the WRC-23 agenda.

Read the EBU position on WRC-19.

The EBU has published two new documents to help media professionals deal with misunderstandings that arise frequently around video signals and how to handle...

The EBU has released a new tool for benchmarking Machine-Learning-based speech-to-text (STT) systems. Created by EBU Members and partners, BenchmarkingSTT...

Results of latest round of Live IP equipment tests published

Catalogues detailing the results of the third round of the JT-NM Tested programme are now available. A new badge category for self-tested products was...